Genetic and Transmission Analysis of Helicobacter pylori Strains within a Family1 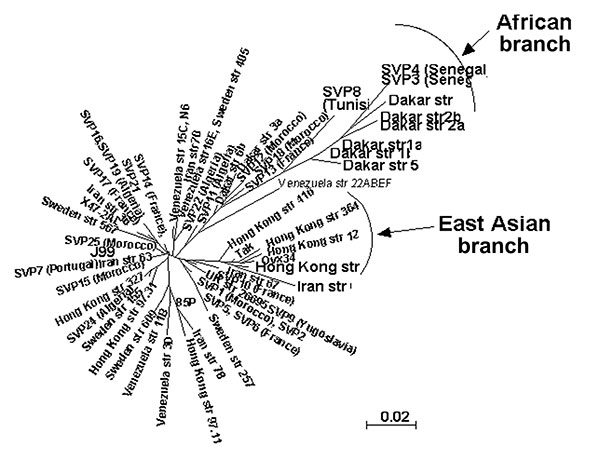 Figure 3. Neighbor-joining unrooted dendrogram for hspA sequences. The tree includes only 61 of the 131 hspA sequences representative of each cluster previously obtained from the global phylogenetic analysis. The scale bar indicates the number of substitutions per site according to the HKY index. Sequence names correspond to the geographic region of isolation followed by the strain number. SVP, Saint Vincent de Paul Hospital, Paris, France. The ethnic origin of French patients is mentioned in brackets when known.