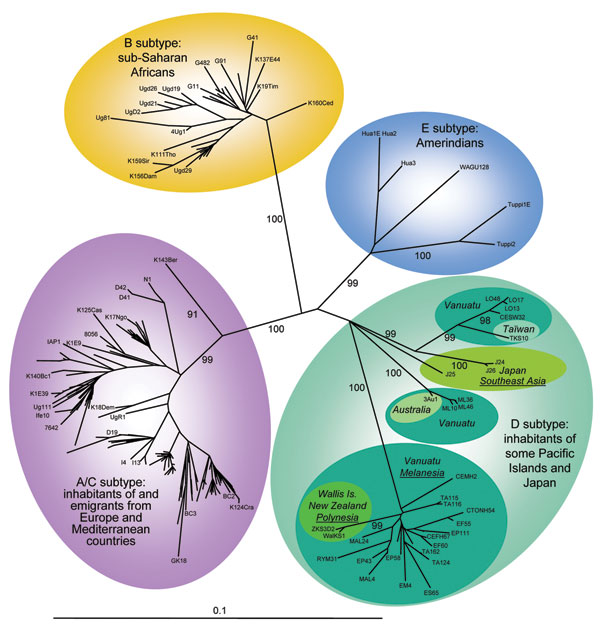 Figure 2. Unrooted phylogenetic tree generated by the neighbor joining (NJ) method with a 624-bp fragment of the K1 gene. The phylogeny was derived by the NJ method by using the GTR model in the PAUP program version 4.0b10 (Sinauer Associates, Sunderland, MA, USA). Reliability of the inferred tree was evaluated by bootstrap analysis on 1,000 replicates. Branch lengths are drawn to scale, with the bar indicating 0.1-nt replacement per site. Numbers on each node indicate the percentage of bootstrap samples (1,000) in which the cluster is supported. Only bootstrap values >75 are given. Not all samples have been labeled because of space constraints. The 30 new ORFK1 HHV-8 sequences (GenBank accession nos. EF589742–EF589771) were analyzed with 195 HHV-8 available sequences from the GenBank database.