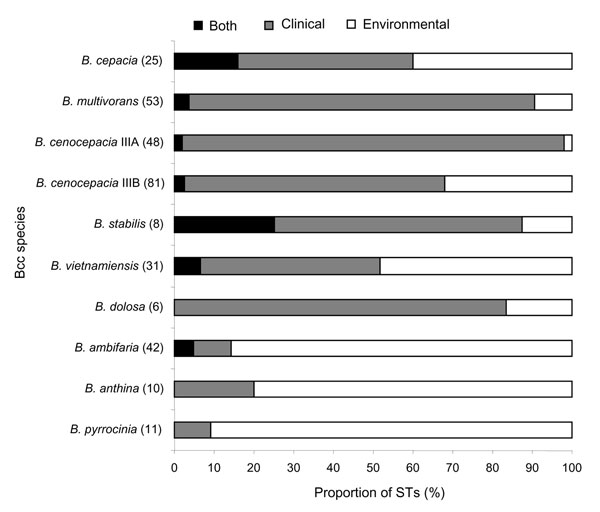 Figure. Proportion of sequence types (STs) within each Burkholderia cepacia complex (Bcc) species from clinical, environmental, or both sources. The bar chart shows the proportion of STs derived from the environment (white), clinical (gray), and both sources (black shading). The total number of STs examined for each B. cepacia species is in parentheses.