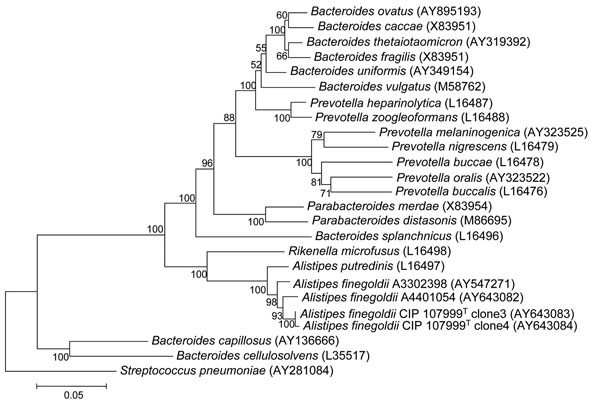 Figure. Phylogenetic tree inferred from comparison of the 16S rRNA gene sequences of genera Bacteroides, Parabacteroidetes, Prevotella, and Alistipes. Nucleotide accession numbers for the sequences used to construct this dendrogram are given in parentheses. The tree was constructed with MEGA version 2.1 (www.megasoftware.net). Distance matrices were determined following the assumptions described by Kimura (3) and were used to elaborate the dendrogram with the neighbor-joining method. Bar, 0.05-nt change per nucleotide position. Streptococcus pneumoniae was used as the outgroup.