Frequent Travelers and Rate of Spread of Epidemics 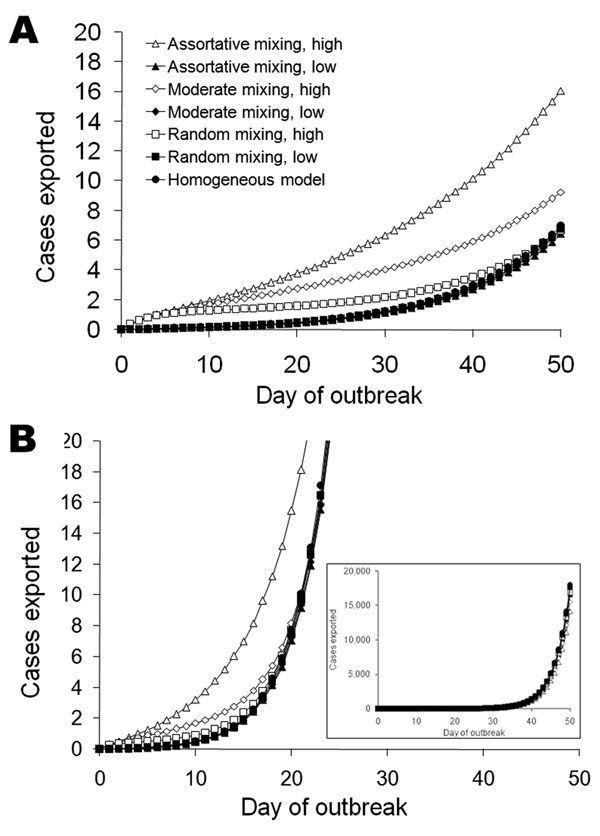 Figure 2. Mean number of cases exported from a single simulated source epidemic for severe acute respiratory syndrome–like parameters (A) and influenza-like parameters (B) (50,000 runs; parameters are listed in Table 1). Results are shown for a population in which everyone travels equally frequently (homogeneous model, circles), for a population in which 1% travel 20 times more frequently than the rest of the population, and for the 2 populations mixed randomly (φ = 1, squares) for moderate levels of mixing between the groups (φ = 0.5, diamonds) and for low levels of mixing in which most contacts are assortative (φ = 0.25, triangles). The first cases are either in the majority population of low-frequency fliers (solid symbols) or high-frequency fliers (open symbols). Inset in B shows a greater range on the y-axis. Variability about these means is shown in Table 2 and Appendix Figure 1.