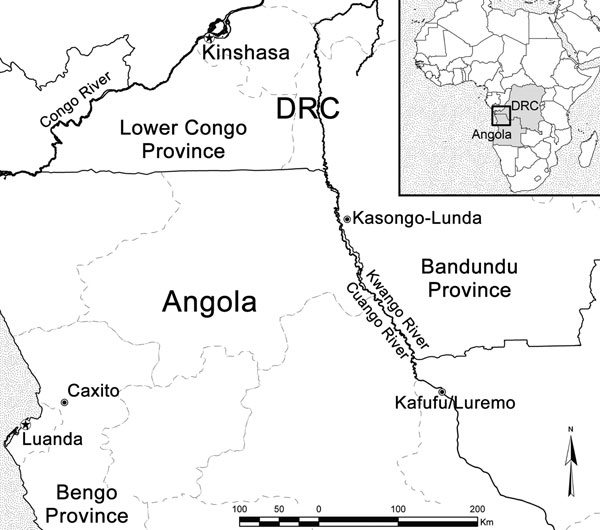 Figure. Locations in Democratic Republic of Congo (DRC) (Kasongo-Lunda) and Angola (Kafufu/Luremo) where 3 patients with Buruli ulcer were detected.