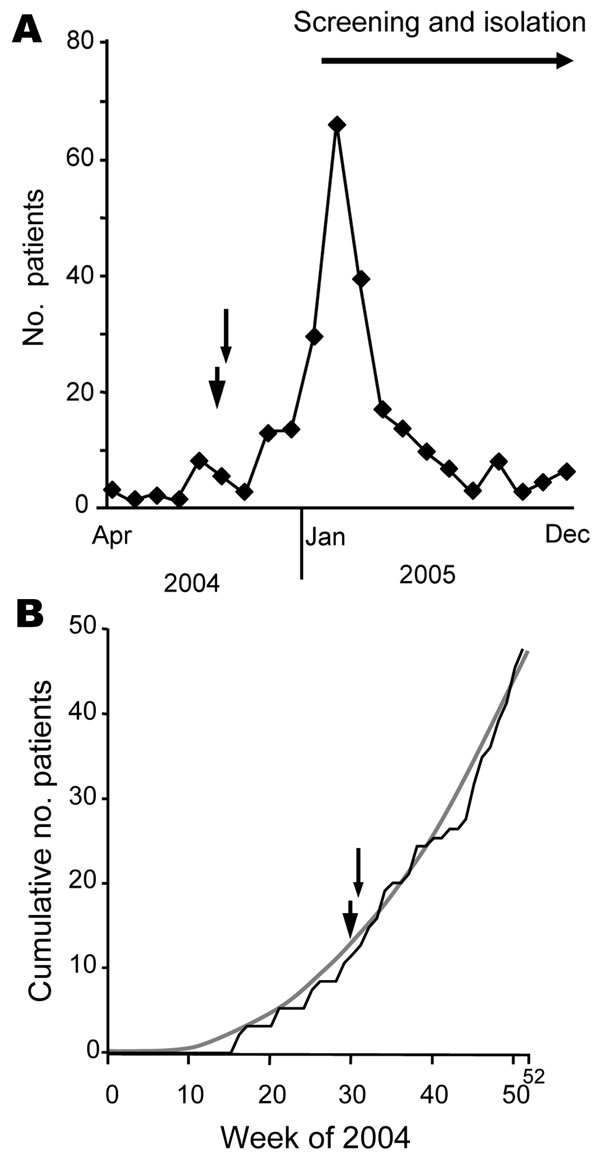 Figure 1. Course of vancomycin-resistant enterococci (VRE) outbreak at a German university hospital and time point (arrowhead, 30th calendar week; arrow, 31st calendar week) when outbreak alert could have been given. A) Number of VRE-carrying patients treated in a university hospital in 2004 and 2005. Given is the number of patients who were identified for the first time within a certain month (incident cases). In 2004 the first VRE patient was discovered in April 2005. B) Sum of VRE-exhibiting patients (cumulative number of patients [incident cases]) within distinct calendar weeks in 2004 (black line). Trend line (gray line) indicates exponential increase of numbers of incident cases (y = 0.002, χ2 – 0.3497 × 1.0299 [R2 = 0.9918]).