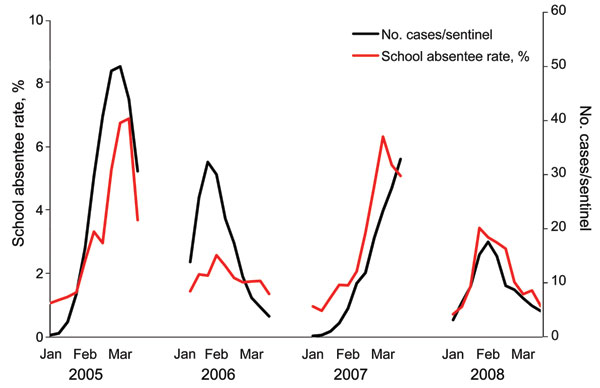 Figure 1. Four-year surveillance of influenza-related absentee rates in 54 elementary schools in Joetsu City and national surveillance of influenza-like illness (ILI) reported by sentinel physicians in Japan. Data were collected from the second week of January (after the winter holiday) to the third week of March (before the spring holiday). The average of the daily absentee rates for 54 elementary schools during 4 influenza seasons (2005–2008) were 3.29%, 1.77%, 2.97%, and 1.92%, respectively.