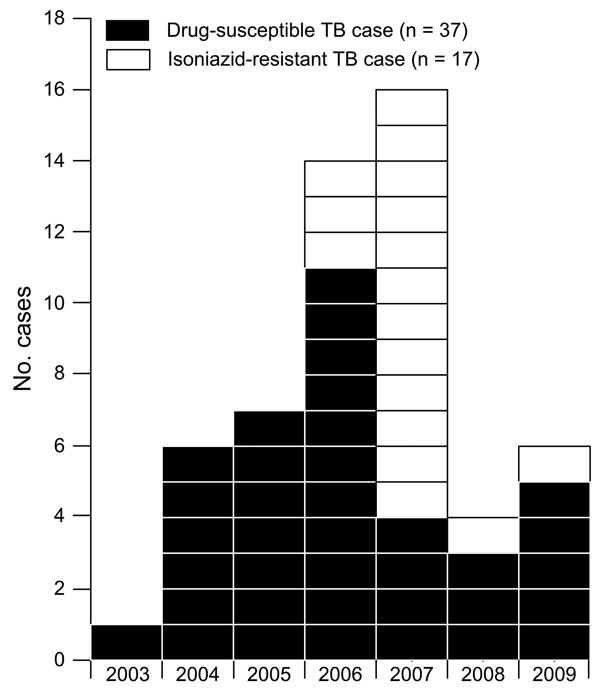 Figure 1. Cluster of 54 cases of tuberculosis (TB), by year of diagnosis, New York, New York, USA, 2003–2009. The 54 cases include 1 in a patient in the city of New York who was given a diagnosis of drug-susceptible Mycobacterium tuberculosis infection in 2007 that was counted by New York State.