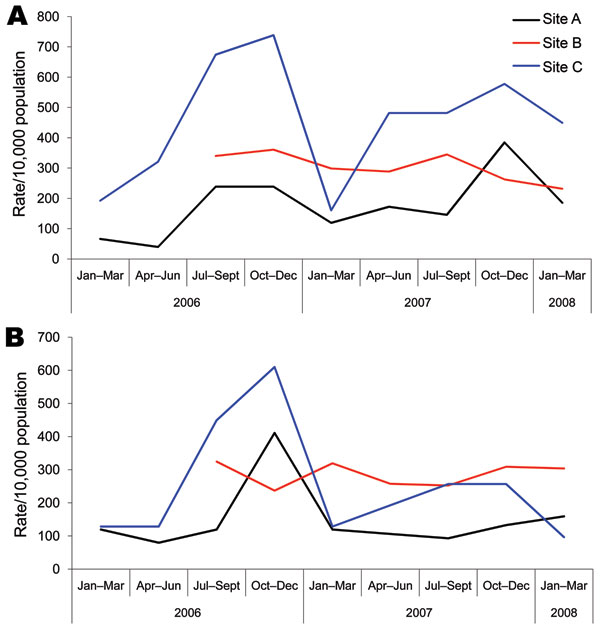 Figure 1. Crude rates of community-acquired methicillin-resistant Staphylococcus aureus (A) and methicillin-susceptible S. aureus (B) infections per 10,000 population in 3 select communities (sites A, B, and C) of northern Saskatchewan, Canada.

1Members of the Northern Antibiotic Resistance Partnership are listed at the end of this article.