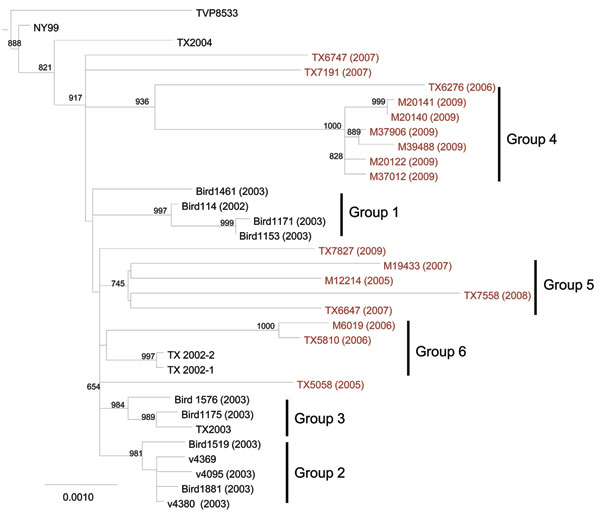 Figure 1. Maximum-likelihood phylogenetic tree of Upper Texas Gulf Coast, USA, West Nile virus isolates, 2002–2009. The tree was inferred from open reading frame sequences of 33 Upper Texas Gulf Coast isolates and NY99 by using PhyML (17) and rooted with IS-98 STD. The outgroup has been removed. Bootstrap values are for 1,000 replicates and only values >500 are shown. Groups 1–3 were previously identified by May et al. (12). Red, isolates sequenced in this study. Scale bar indicates nucleotide substitutions per site.