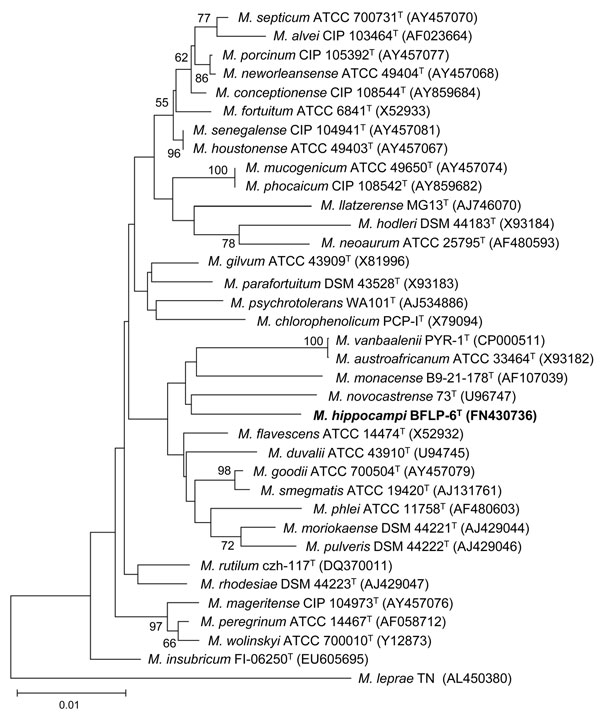 Figure. Neighbor-joining phylogenetic tree constructed from 16S rRNA gene sequences, showing the position of strain BFLP-6T (in boldface) among other Mycobacterium species. Numbers at node indicate bootstrap values (expressed as percentages of 1,000 replications); only values >50% are given. Mycobacterium leprae TN was used as an outgroup. Scale bar indicates 0.01 substitutions per nucleotide position. GenBank accession numbers are in parentheses.