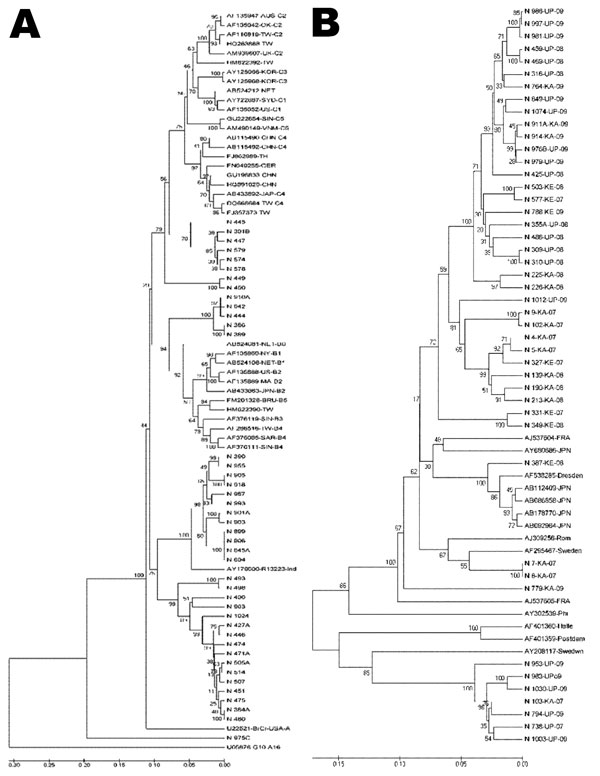 Figure 3. . . . Phylogenetic analyses of viral protein 1 sequences of enterovirus 71 and echovirus 13 strains with those of reference strains representing different genogroups and subgenogroups within a serotype, India, 2007–2009. Multiple sequence alignments were performed by using ClustalW program (www.genome.jp/tools/clustalw/) and phylogenetic analysis by MEGA5 program (13) with pairwise comparison and maximum composite likelihood nucleotide substitution model. Phylogenetic trees were constructed by UPGMA (unweighted pair group method using arithmetic averages) with statistical significance of the phylogenetic analyses estimated by bootstrap analysis with 1,000 pseudoreplicate datasets. A and B represent phylogenetic trees of viral protein 1 sequences of enterovirus 71 and echovirus 13, respectively. The serotype, state and year of isolation of each strain and GenBank accession numbers of reference strains used are indicated. 1000B is an echovirus 1 strain. Scale bars indicate nucleotide substitutions per site.