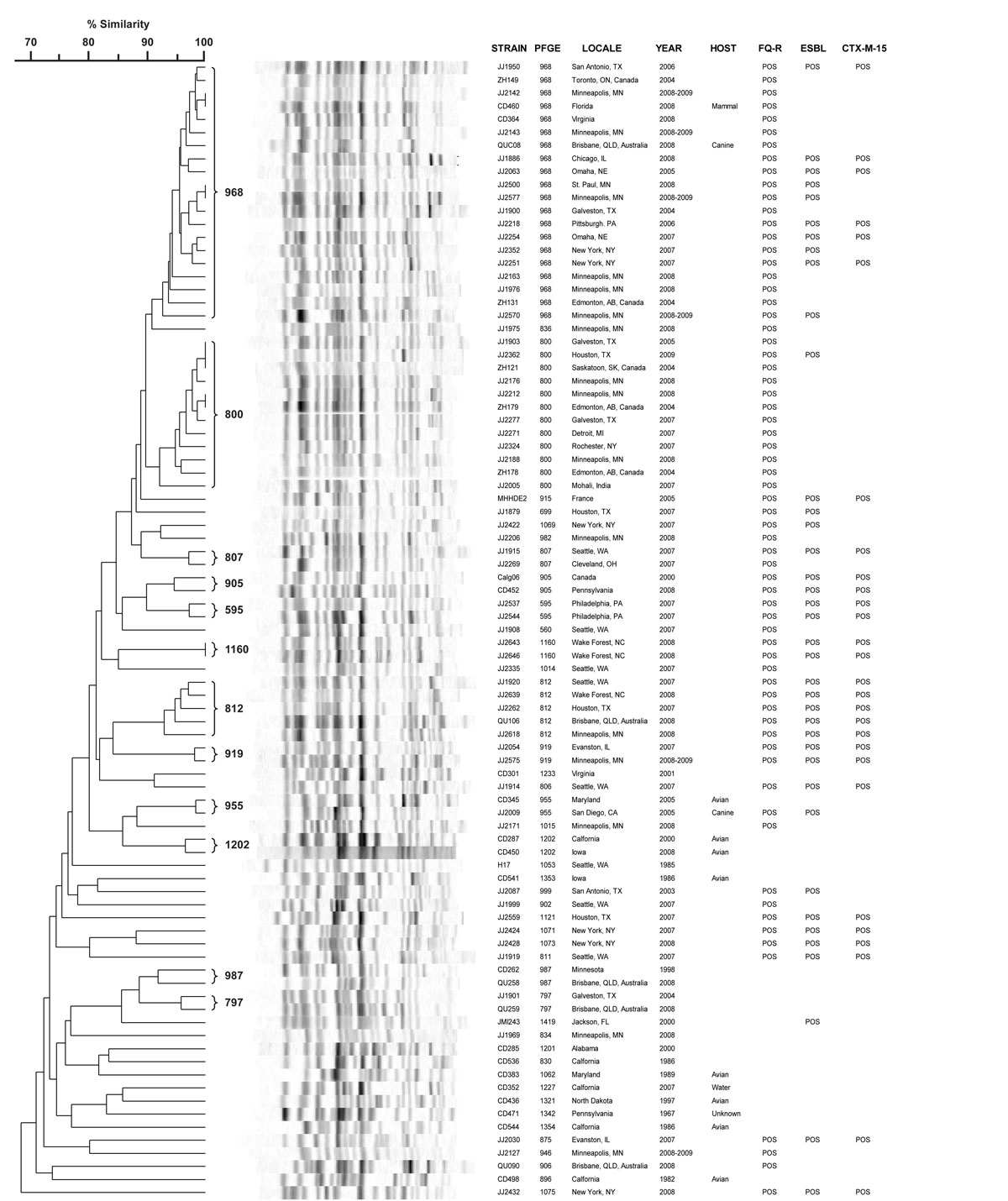 Figure A1. Pulsed-field gel electrophoresis profile dendrogram of 87 diverse isolates of Escherichia coli ST131. Isolates for the dendrogram, which represent a 15% subsample of the total population (n = 579), were selected randomly after deliberate inclusion of 2 representatives of each pulsotype with >6 members (indicated by brackets) plus the earliest previously reported isolate (from 1985) and the earliest present isolate (from 1967). YEAR, year of isolation or submission to reference laboratory; FQ-R, fluoroquinolone-resistant; ESBL, extended-spectrum β-lactamase; CTX-M-15, presence of blaCTX-M-15 (as detected by PCR); POS, positive (i.e., trait present); 2008–2009, interval during which isolate was collected. Scale is percent profile similarity.

1MASTER (Macrorestriction Analysis of ST131 for Epidemiologic Research) Investigators who contributed data are listed at the end of this article.