Hantavirus pulmonary syndrome (HPS) is a manifestation of an emerging zoonosis caused by New World viruses of the family Bunyaviridae, genus Hantavirus. Hantavirus is transmitted to humans by inhalation of aerosols of excreta from infected rodents of the subfamily Sigmodontinae (Rodentia, Cricetidae) (1,2). HPS was initially reported during an epidemic of severe respiratory disease that occurred in the southwestern United States in 1993 (1). HPS was subsequently identified in Brazil and other Latin American countries, which facilitated the recognition of new hantavirus species such as Laguna Negra virus (LNV), Andes virus, Choclo virus, Juquitiba virus, Araraquara virus, Castelo dos Sonhos virus, Anajatuba virus, as well as several other viruses detected in wild rodents which are not associated with HPS (3–9). Like particles of other bunyaviruses, hantavirus particles are spherical or pleomorphic and measure 80–120 nm in diameter; their genome comprises 3 RNA segments, and the small RNA fragment is used to characterize the nucleoprotein (N) gene and the hantavirus species (2).

During 1993–2009, a total of 1,246 cases of HPS were reported in Brazil; the state of Mato Grosso reported the fourth highest case count, diagnosed mainly in the municipalities of Tangará da Serra and Campo Novo do Parecis. However, the circulating hantavirus species and its host remained unknown, and identification of these factors were the main objectives of this study.

Mato Grosso comprises 903,357.9 km2 and has an estimated population of 2,803,274 inhabitants living in 141 municipalities. Nineteen municipalities have reported cases of HPS, mainly near Brazil’s BR-364 highway, located between the north and southwestern sections of the state. The climate is equatorial subhumid, with an annual rainfall of 1,700 mm, and temperature range 24°–40°C; the landscape consists of savannah (Cerrado) and pre-Amazon rainforest. The economic activities are agricultural production and ecologic tourism.

During a 2001 ecological–epidemiologic study conducted in the municipalities of Tangará da Serra and Campo Novo do Parecis, researchers obtained blood and viscera samples from wild rodents (10). The researchers followed Brazilian Institute for the Environment and Renewable Natural Resources guidelines for the capture and handling of rodents and using biosafety level 3 protocols. The samples were tested for hantavirus; animals with positive test results were identified taxonomically by morphometry and molecular analysis of mitochondrial DNA (cytochrome b gene) (10,11).

For hantavirus detection, we conducted reverse transcription PCR to synthesize complementary DNA with generic hantavirus primers as described (1,2). We obtained N gene partial nucleotide sequences by using the Sanger method with the same primers (3,4,6,9). At least 3 amplicons per sample were sequenced in both directions to improve coverage and confidence for results. The obtained sequences were aligned with other hantavirus sequences available at the GenBank database (www.ncbi.nlm.nih.gov) with ClustalW software in BioEdit version 7.1.3 (www.mbio.ncsu.edu/BioEdit/bioedit.html). We implemented the maximum-likelihood and Bayesian methods by using PHYML (www.atgc-montpellier.fr/phyml/versions.php) and Mr. Bayes version 3.2 (http://mrbayes.scs.fsu.edu) software, respectively, for phylogenetic reconstructions. We used Modeltest version 3.7 (http://gel.ahabs.wisc.edu/mauve) to determine the best nucleotide substitution model. We analyzed 2 million replicates, with the sample fixed at every 1,000 trees generated, and used TRACER (www.evolve.zoo.ox.ac.uk) to determine whether the Bayesian analysis reached appropriate convergence (3,6,9,12).

We obtained amplicons from 20 of the 24 samples from persons with HPS and partial sequence of the N gene (≈434 bp) from 16 of the 24 samples from patients who were symptomatic at the time of sampling. During the ecologic study, 126 rodents were captured: 68 (53.9%) commensal synanthropic species, 49 (38.8%) wild rodents [Calomys callidus (n = 46), Proechimys sp. (n = 1), and Necromys lasiurus (n = 2)], and 9 (7.1%) unidentified species. IgG was detected in 8 (17.4%) C. callidus rodents (2 captured in Campo Novo do Parecis, 6 in Tangará da Serra). Amplicons were produced in lung/heart samples from 7 of the 8 IgG-positive rodents; 3 of those were selected for nucleotide sequencing of the N gene (Table). 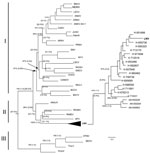 Figure 2. . . Phylogenetic comparison of the partial nucleotide sequences of nucleoprotein (N) gene of the small (S) RNA segment of different hantavirus strains from the Old World and New World by...

All strains recovered from human and C. callidus rodent specimens were related and formed a monophylogenetic cluster with the LNV (GenBank accession no. AF005727), with a mean genetic divergence of 4.8%. These strains were included in subclade II, which comprises Anajatuba, Rio Mamore, Rio Mearim, and Alto Paraguay viruses (Figure 2). The genetic distance between strains recovered from rodents and humans was 5.5%, whereas the genetic distance between the human strains was 6.8%. Analysis of homology showed no difference between the partial amino acid sequences of human and rodent strains and LNV (100% homology). The homology of nucleotide sequences between the LNV strains was 89.9%–93.4% (Table A1). Most changes were silent mutations in the nucleotide sequences, indicated by the genetic divergence between LNV strains (Δdiv = 0.2%–9.8%).

LNV was initially confirmed in 1997 by serologic testing of a patient with HPS who died. The patient lived in Santiago, Chile, but was probably infected in Santa Cruz, Bolivia (13). In 1999, molecular analysis of the small N gene and medium Gn and Gc gene segments of the hantavirus genome in samples from HPS patients from Bolivia, western Paraguay, and Chile facilitated the genetic characterization of LNV and its association with the small vesper mouse Calomys laucha, which is considered the primary host of LNV. Subsequent studies in Argentina have also demonstrated the circulation of LNV in patients with HPS and in the large vesper mouse Calomys callosus (4,9,13–15).

Our phylogenetic analysis of partial sequences of the N gene showed LNV as the cause of HPS, and the possible association of the organism with C. callidus rodents in western Brazil. These findings highlight the intense circulation of LNV in Matto Grosso municipalities located near the BR-364 highway. The vegetation and the equatorial climate of the area provide an excellent microenvironment for the maintenance of C. callidus rodents, as do areas in Bolivia Paraguay, and northern Argentina, where HPS caused by LNV has been reported (4,9,13–15).

The high nucleotide and amino acid homology between strains recovered from humans and the C. callidus rodent in Matto Grosso and the LNV prototype detected in Paraguay and Argentina suggest that LNV was transmitted by the rodent host C. callidus and led to the HPS cases that occurred in the vicinity of the highway BR-364 in southwestern Matto Grosso. No correlation was observed between the human LNV strains and year, geographic distribution, or between the severity of disease and the genetic diversity of LNV found in Brazil. The genetic data obtained in this study provide a better understanding of the molecular characterization of LNV and its association with HPS in southwestern Matto Grosso. Finally, on the basis of the phylogenetic analysis, the rodent species C. callidus is suggested as a potential reservoir for LNV. Further analyses of complete genome data are needed to confirm this result and to assess whether the C. callidus rodent is the sole carrier of of LNV in Matto Grosso.

Dr Travassos da Rosa is a senior researcher at the Evandro Chagas Institute, Ananindeua, Brazil. Her research interests are diagnosis, epidemiology, and molecular epidemiology of arboviruses, hantaviruses, and rabies virus.

We are grateful to João Paulo da Silva, Reginaldo Alves da Silva, Irene Maria Mendes, Jason Batista, and Noeli Negrão; and Mato Grosso State Health Department for logistical support. Thanks are also due to the LabGeo at Instituto Evandro Chagas for helping with Figure 1.