Captain Consumption and the Collector of Souls 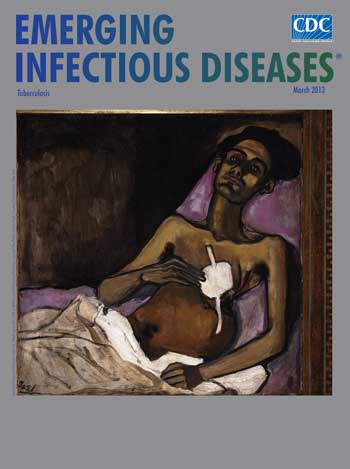 “Whenever I think of writing a biography, I think of … the color red in our living room. My mother said I could not have remembered it because I was only about 6 months old,” Alice Neel said of her precocious recollection of red. Yet she was more than 70 years old before her art began to sell. In the meantime, she took a great interest in those around her: “I paint my time using people as evidence.” “I love to paint people torn by all the things that they are torn by today in the rat race in New York.” And as she created portrait after portrait, she came to see herself as a “painter of people” and “collector of souls.”1 “The road that I pursued, and the road that I think keeps you an artist, is that no matter what happens to you, you still keep on painting.”

A native of Delaware County, Pennsylvania, Neel attended art school in Philadelphia before moving to New York. “I don’t know what you expect to do with your life,” her mother warned, “You’re only a girl.” A bohemian from the start, Neel resisted movements and labels. Though she came of age when the art scene was changing, she formed her own style, a mixture of figurative, expressionist, and abstract elements. “I am not against abstraction. What I can’t stand is that the abstractionists pushed all the other pushcarts off the street.” Some of her favorite painters, Morris Louis and Clyfford Still, were abstractionists. “I hate the New Realism. I hate equating a person and a room and a chair. Compositionally, a room, a chair, a table, and a person are all the same for me, but a person is human and psychological.”

“All during the 40s and 50s, New York was nothing but Abstract Expressionism and nobody painted people or anything like that …. They couldn’t even let people painters get a foot in the door. But during that time I couldn’t give up what I was interested in for what was the fashion, so I kept right on painting.” Neel’s choice, portraiture, was a declining genre, but she did not see it that way. “When portraits are good art, they reflect the culture, the time, and many other things.”

Neel painted full-body portraits of unconventional, controversial, or little-known persons around her, who were often asked to pose nude. “Every person is a new universe unique with its own laws.” She dwelled on the character and circumstances of her subjects and her engagement with them. “I always loved the working class and the most wretched, but then I also loved the most effete and the most elegant.” Her portrait of Andy Warhol gained great notoriety. During a career that stretched more than 5 decades and produced 3,000 works, she was called “radical” and worse.

Neel had a turbulent life. She married Cuban artist Carlos Enriquez and moved to Havana, where they lived “painting night and day.” She lost one child, age 11 months, to diphtheria, another soon afterward to the failed marriage. She became seriously ill, physically and emotionally. “I didn’t see life as Picnic in the Park. I wasn’t happy like Renoir.” She had money problems well into her old age and often could not afford painting supplies. Aside from a rare sale, from 1933 to 1943, her income came from New Deal art projects. The Federal Arts Project of the Works Progress Administration provided a steady income and time to work. In return, she had to deliver a finished oil painting once every 4 to 6 weeks, depending on the size of the canvas. “This was fabulous,” she said later, “as most of the artists had nothing in those days and in fact there were free lunches for artists in the village …. All the artists were on the project. If there had been no such cultural projects there might well have been a revolution.” Eventually, project funding dried up, and she had to depend on public assistance. Her work began to receive some attention and she a degree of notoriety, but real recognition did not come until the 1970s. In the interim, she was investigated by FBI for her political activities. The files described her as a “romantic bohemian type communist.”

Neel remembered her rural small-town beginnings as “benighted, unenlightened, and obscured by darkness.” As an adult, she lived in urban New York, first in Greenwich Village, then East or Spanish Harlem, where she accomplished her mission as “collector of souls” by finding and painting a fantastic array of colorful characters and capturing their individuality and uniqueness as well as their precarious social and economic reality. Many of these underprivileged “souls” lived in the same building where she had her studio.

In one of her best portraits, T.B. Harlem, on this month’s cover, Neel painted Carlos Negrón, the brother of José Negrón, a Puerto Rican musician friend of Neel’s and father of one of her sons. The 24-year-old Carlos, in whose face she saw “the face of Puerto Rico,” had advanced tuberculosis. Neel knew Carlos well. She had also painted his wife and children, who lived in overcrowded quarters nearby. But this portrait is not just the image of a friend or a statement about social ills and contagion. It is also a historical record of tuberculosis and its treatment in 1940.

The shrunken Carlos is fully aware of his predicament. From his hospital bed, consumed by this horrible illness, he faces the reader. Tuberculous pallor lightens his brow, cheeks and shoulders. His eyes are feverish, his pouting lips register exasperation.

Everyone thought that introduction of antimicrobial drugs in the 1940s would end tuberculosis. But for patients in advanced stages of the disease, radical treatments were not abandoned. During surgical procedures frequently done under local anesthetic, several ribs were removed, allowing soft tissues of the chest to collapse on the lung. Carlos’ skeletal fingers draw attention to the stark bandage against his chest, roughly covering a large wound. He has undergone thoracoplasty to reduce the size of abnormal space in the thoracic cavity created by the collapsed lung. The procedure itself caused serious deformity from the pull of muscles on the operated side and compensatory cervical scoliosis on the opposite side. His distended belly and ravaged frame form an S curve against the hospital bed.

In the Life and Death of Mr. Badman (1680), John Bunyan speculated on his lead character’s demise, “Pray, of what disease did Mr. Badman die?” “I cannot properly say that he died of one disease, for there were many that had consented, and laid their heads together to bring him to his end. He was dropsical, he was consumptive, he was surfeited, was gouty, and some say, he had a tang of the pox in his bowels. Yet the captain of all these men of death that came against him to take him away was the consumption, for it was that that brought him down to the grave.”

John Bunyan’s understanding of consumption and its connection with virtue reflected his life and times. Better information did not come about until much later, in 1882, when Robert Koch made his famous presentation at the Berlin Physiological Society: “In the future, the fight against this terrible plague of mankind will deal no longer with an undetermined something, but with a tangible parasite, whose living conditions are for the most part known and can be investigated further.” But progress was slow.  Effective chemotherapy against the disease would come too late to help the mutilated Carlos and so many others.

Despite a steady decline in Europe and the United States in the mid-20th century, tuberculosis is still a leading cause of death in the world. Reemergence in the United States in the 1980s and 1990s and continued transmission around the world have been attributed to many factors, among them antimicrobial drug resistance; HIV/AIDS; increased homelessness; and lack of effective treatment programs, as brought home in Neel’s T.B. Harlem.

New York City has been a center for both tuberculosis and its control. This fact did not escape the attention of Alice Neel. What she felt so acutely and tried to convey in T.B. Harlem―poverty, malnutrition, overcrowded living conditions―are social determinants, which in the case of tuberculosis, overcame progress in diagnosis and treatment. Bunyan’s “captain consumption” rules until new diagnostics and therapies are aligned with measures to address the social inequities at the heart of reemergence, acknowledging the egalitarian nature of this lethal airborne disease.

1A reference to Chichikov, the protagonist of Nicolai Cogol’s Dead Souls, who collected the souls of dead serfs.

Captain Consumption and the Collector of Souls