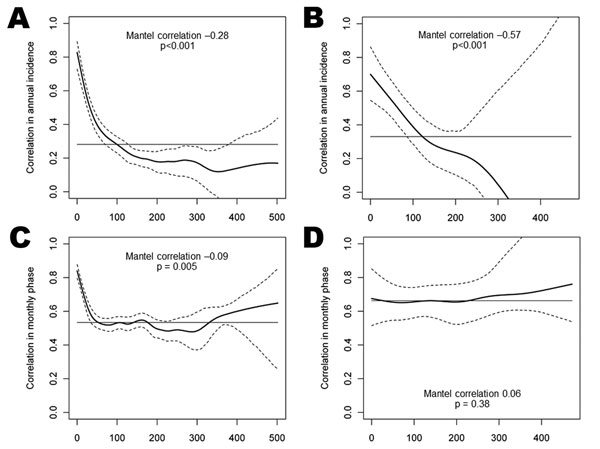 Figure 6. . Spatial coherence in the magnitude (A and B) and timing (C and D) of dengue epidemics in southern Vietnam. District data are shown in panels A and C, and province data in panels B and D. Solid lines represent the correlation between provinces/districts as a function of the distance between the centroids of those provinces/districts, in kilometers. Dashed lines represent 95% CIs, and the horizontal line is the overall correlation across southern Vietnam. Coherence in the magnitude and timing of epidemics was measured by pairwise correlation between provinces/districts in their standardized square root–transformed annual incidence and monthly phase series, respectively.