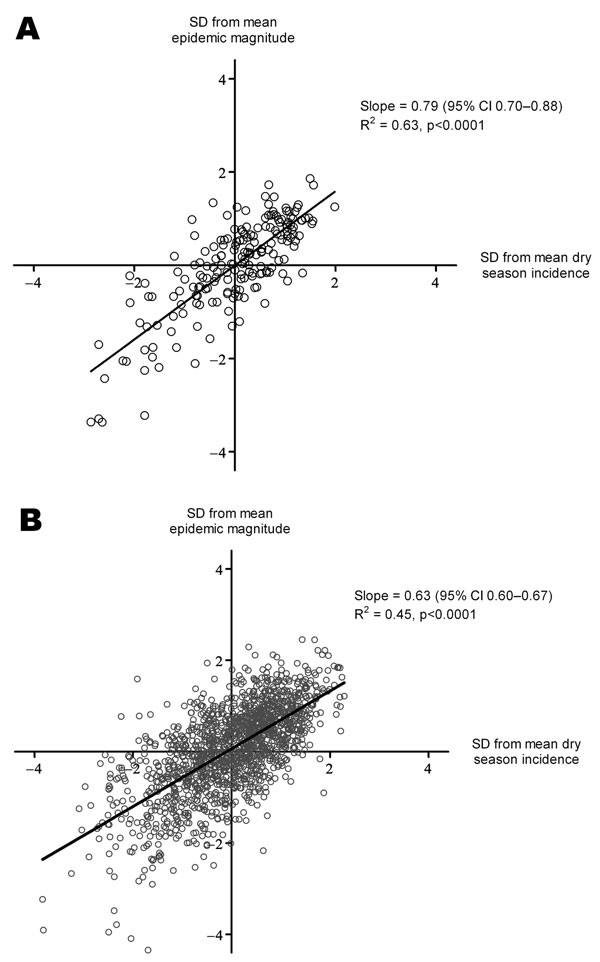 Figure 7. . Dry season dengue incidence as a predictor of the magnitude of the subsequent dengue epidemic. Plots show the association between annual epidemic incidence (April–December) and the preceding dry season dengue incidence (January–March). For Ho Chi Minh City (HCMC), these definitions were a priori shifted 1 month later (May–January and February–April, respectively) because of the consistently later occurrence of the dengue epidemic season in HCMC. Each point represents 1 province (A) or district (B) and year, correlating the standard deviation from mean incidence in the rainy season against the standard deviation from mean incidence in the preceding dry season, in the same province or district. The solid line shows fitted values from a linear model of epidemic incidence against dry season incidence. We excluded 71 data points from the district analysis (B) because there were no dengue cases during the dry season.