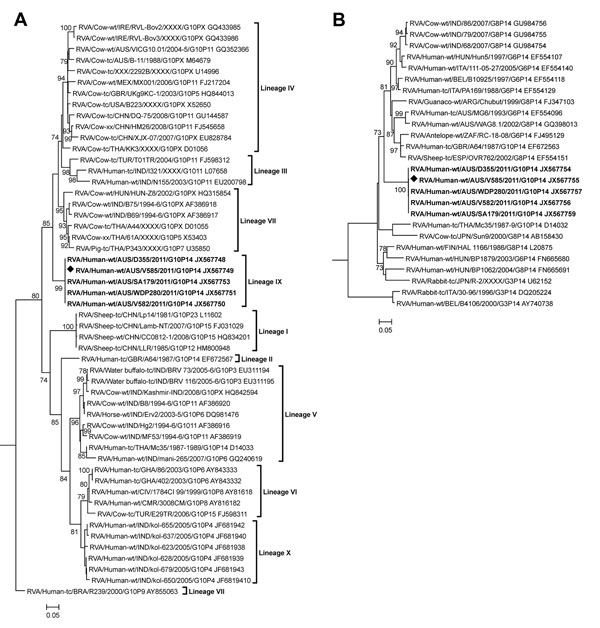 Figure 1. . Phylogenetic trees constructed from the nucleotide sequences of viral protein (VP) 7 gene (A) and VP4 gene (B) of rotavirus strain V585; other group A rotavirus strains represent the G10 and P[14] genotypes. The reference strain RVA/human-tc/USA/Wa/1974/G1P[8] was included as an outgroup in the phylogenetic analysis but is not shown in the final tree. The position of strain V585 is indicated by a solid diamond, and all strains from this study are in boldface. Bootstrap values >70% are shown. Scale bars show 0.05 nt substitutions per site. The nomenclature of all the rotavirus strains indicates the rotavirus group, species isolated from, country of strain isolation, the common name, year of isolation, and the genotypes for genome segment 9 and 4, as proposed by the Rotavirus Classification Working Group (2).