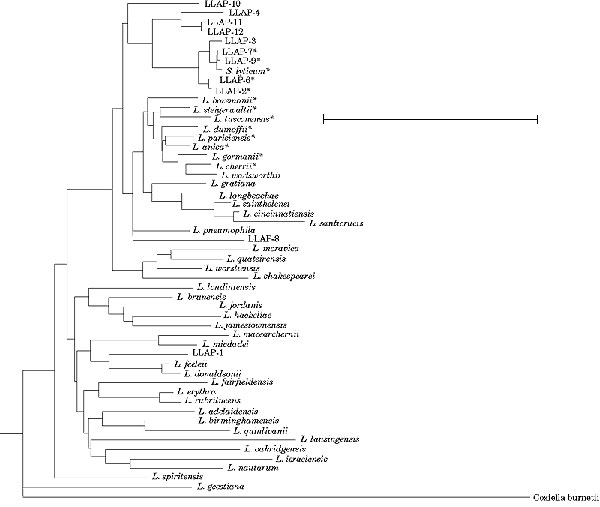 2The Remel Poly-ID kit used in this study is designed to identify 22 species and 31 serogroups of Legionella (34,35).