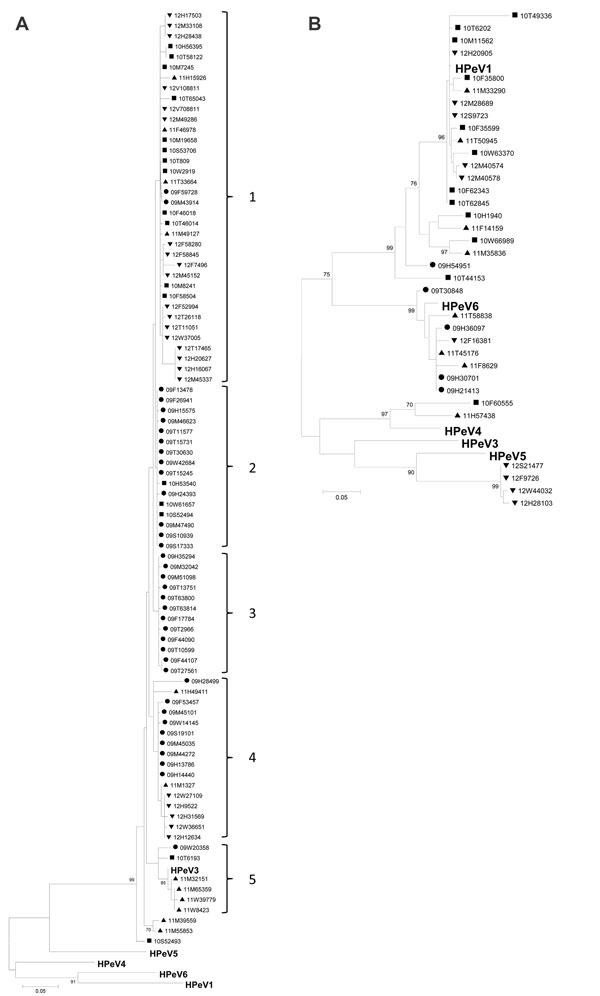 Figure 2. . Phylogenetic analysis of the viral protein (VP) 3 (A) and VP1 (B) nucleotide sequences of human parechoviruses (HPeV), Denmark, January 2009–December 2012. Maximum-likelihood analysis of HPeVs detected in 2009 are indicated by dots, 2010 by squares, 2011 by triangles, and 2012 by inverted triangles. Reference sequences from GenBank representing the different HPeV genotypes identified in this study are shown in boldface. The following sequences were used as references: HPeV1, GenBank accession no. JX575746; HPeV3, JX826607; HPeV4, AB433629; HPeV5, JX050181; HPeV6, AB25282. Scale bars indicate nucleotide substitutions per site.