Respiratory Viruses and Bacteria among Pilgrims during the 2013 Hajj

More than 2 million Muslims gather annually in Saudi Arabia for a pilgrimage to the holy places of Islam known as the Hajj. The Hajj presents major public health and infection control challenges. Inevitable overcrowding within a confined area with persons from >180 countries in close contact with others, particularly during the circumambulation of the Kaaba (Tawaf) inside the Grand Mosque in Mecca, leads to a high risk pilgrims to acquire and spread infectious diseases during their time in Saudi Arabia (1), particularly respiratory diseases (2). Respiratory diseases are a major cause of consultation in primary health care facilities in Mina, Saudi Arabia, during the Hajj (3). Pneumonia is a leading cause of hospitalization in intensive care units (4).

Numerous studies have shown a high prevalence of respiratory symptoms among pilgrims (5–7). Respiratory viruses, especially influenza virus, are the most common cause of acute respiratory infections among pilgrims (8–11). We recently reported the acquisition of rhinovirus (5) and Streptococcus pneumoniae infections (12) by French pilgrims during the 2012 Hajj season and highlighted the potential for spread of these infections to home countries of pilgrims upon their return. However, none of the French pilgrims were positive for Middle East respiratory syndrome coronavirus (MERS-CoV) in 2012 (13) and 2013 (14).

In this study, we collected paired nasal and throat swab specimens from adult pilgrims departing from Marseille, France to Mecca, Saudi Arabia, for the 2013 Hajj season. The primary objective was to determine the prevalence of the most common respiratory viruses and bacteria upon return of pilgrims from the Hajj. The secondary objective was to evaluate the potential yearly variation of the acquisition of these respiratory pathogens by comparing results from the 2012 and 2013 Hajj seasons.

In this prospective cohort study, participants were sampled and followed up before departing from France (on October 2, 2013) and immediately before leaving Saudi Arabia (on October 24, 2013). Upon inclusion in the study, participants were interviewed by Arabic-speaking investigators who used a standardized pre-travel questionnaire that collected information on the demographic characteristics and medical history of each participant. A post-travel questionnaire that collected clinical data and information on vaccination status and compliance with preventive measures was completed during a face-to-face interview 2 days before the pilgrims returned to France by a single investigator who joined the pilgrims after the Hajj. Health problems that occurred during the pilgrims’ stay were also recorded by a physician who traveled with them during the entire stay in Saudi Arabia, including during the rituals.

Subjective fever was defined as a feverish feeling according to the pilgrims’ report. Influenza-like illness (ILI) was defined as the presence of cough, sore throat, and subjective fever (15). The study protocol was approved by the Aix Marseille Université institutional review board (July 23, 2013; reference no. 2013-A00961–44) and by the Saudi Ministry of Health Ethical Review Committee. The study was performed in accordance with the good clinical practices recommended by the Declaration of Helsinki and its amendments. All participants gave written informed consent.

Paired nasal and throat swab specimens were collected from each participant by using rigid cotton-tipped swab applicators (Medical Wire and Equipment, Corsham, UK) 10 days (September 22, 2013) before participants departed from France (pre-Hajj specimens) and only 1 day (October 23, 2013) before they left Saudi Arabia (post-Hajj specimens). Nasal and throat swab specimens collected from participants were placed in viral transport media (Virocult and Transwab, respectively; Sigma, St. Louis, MO, USA) at the time of collection and kept at 20°C before being transported to a laboratory in Marseille for storage at −80°C within 48 h of collection.

Figure 1. Patterns of respiratory viruses detected among 64 pilgrims who were positive for viruses during the study period before departing from France and before leaving Saudi Arabia, 2013 Hajj. FLUA, influenza A(H3N2)...

Pre-Hajj and post-Hajj throat swab specimens were obtained from 126 (97.7%) and 129 (100%) participants, respectively. None of the participants were positive for N. meningitidis, B. pertussis, or M. pneumoniae at any point in the study period (Table 2). 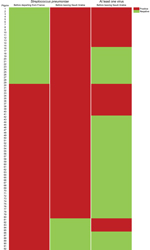 Figure 2. Detection of Streptococcus pneumoniae among 92 pilgrims who were positive for viruses during the study period before departing from France and before leaving Saudi Arabia, 2013 Hajj.

For the second consecutive year, we conducted a prospective longitudinal study of respiratory viruses and bacteria in respiratory specimens collected from a single cohort of pilgrims before departing from Marseille, France, to Mecca, Saudi Arabia, for the Hajj and immediately before leaving Saudi Arabia. By collecting samples from pilgrims before their departure from Saudi Arabia, we were able to rule out acquisition of infections acquired as a result of travel through the international airports of Jeddah, Saudi Arabia, and Istanbul, Turkey, as part of the return trip to Marseille. Close monitoring for respiratory symptoms and compliance with preventive measures was also performed by the investigators accompanying the group.

In this study, we confirmed that performing the Hajj pilgrimage is associated with an increased occurrence of respiratory symptoms in most pilgrims; 8 of 10 pilgrims showed nasal or throat acquisition of respiratory pathogens. This acquisition may have resulted from human-to-human transmission through close contact within the group of French pilgrims because many of them were already infected with HRV or S. pneumoniae before departing from France. Alternatively, the French pilgrims may have acquired these respiratory pathogens from other pilgrims, given the extremely high crowding density to which persons from many parts of the world are exposed when performing Hajj rituals. Finally, contamination originating from an environmental source might have played a role. Sequencing of these pathogens would be required to determine how often new infections were acquired during the stay in Saudi Arabia. However, detection of nasal carriage of coronaviruses other than MERS-CoV and influenza A and B viruses in only the post-Hajj specimens supports the hypotheses that infection occurred during the Hajj.

We confirmed the predominance of HRV and S. pneumoniae among pathogens acquired during the pilgrims’ stay (5,12). We also highlighted acquisition of coronaviruses other than MERS-CoV, most notably HCoV-E229, by pilgrims during the 2013 Hajj pilgrimage. In 2012 and 2013, results of screening for MERS-CoV infection in different cohorts of pilgrims, including the present cohort, were negative (13,14,29). Finally, we found that compared with acquisition of HRV and HCoV-E229, influenza viruses were acquired at a lower frequency among pilgrims.

The present study is a continuation of our previous study in 2012 (5). We extended the investigation to additional viruses, including human bocavirus, human cytomegalovirus, coronaviruses, human parechoviruses, and HPIV, and showed a high frequency of HCoV-E229 infection in pilgrims returning from the Hajj. The prevalence of HRV was lower in 2012 than in 2013, both before departing from France (3.0% in 2012 vs. 14.0% in 2013; p = 0.001) and before leaving Saudi Arabia (8.4% in 2012 vs. 14.7% in 2013; p = 0.092). However, samples that were obtained from pilgrims before departing from France during the 2012 study were stored at room temperature (20°C) for ≤30 days before being processed. This protocol may have resulted in degradation of genetic material, which probably contributed to underestimation of frequencies of infection in 2012. In 2013, all samples collected during the study period were stored at −80°C within 48 h of collection.

Our results confirm that various respiratory viruses might be acquired by pilgrims during their stay in Saudi Arabia and introduced into home countries of pilgrims on their return, thus contributing to potential international spread of these viruses. However, detection of other human coronaviruses does not enable any conclusions regarding MERS-CoV, for which the available data to date, although limited, indicate different epidemiologic characteristics. We could not demonstrate whether pathogens detected in respiratory specimens were responsible for observed symptoms because nasal carriage was observed in asymptomatic pilgrims in certain instances, and symptoms might have resulted from infection by pathogens that were not investigated in our study. In future studies, checking pilgrims at more frequent intervals might provide useful information. Nevertheless, we believe that Hajj cough likely results from infection of the respiratory tract by various respiratory viruses, including HRV and HCoV-E229, which are known to cause mild or serious lower respiratory tract infections (30,31). However, our results cannot be extrapolated to all pilgrims. A large-scale study based on a similar design and conducted in a large number of pilgrims from many countries would be useful.

We found that pilgrims who had received influenza vaccine in 2012 were less likely to report ILI symptoms during their stay in Saudi Arabia in 2013. Thus, availability of seasonal influenza vaccine for all persons attending the Hajj is crucial. Vaccination with a conjugate pneumococcal vaccine should be considered for persons with medical risk factors for invasive pneumococcal disease. In addition, use of hand sanitizer during the stay in Saudi Arabia was reported by more than two thirds of pilgrims in our survey and was associated with a lower prevalence of S. pneumoniae carriage. Interventional studies are urgently needed that evaluate efficacy of influenza and pneumococcal vaccines and use of hand sanitizer and closely monitor respiratory symptoms and carriage of respiratory pathogens in large cohorts of pilgrims. It is expected that results of such studies will lead to implementation of evidence-based recommendations about preventive measures during the Hajj.

Dr Benkouiten is a researcher at the Institut Hospitalo–Universitaire Méditerranée Infection, Marseille, France. His research interests focus on the epidemiology of respiratory infections in the context of mass gatherings.

This study was supported by The Marseille Public Hospitals Authority.

Respiratory Viruses and Bacteria among Pilgrims during the 2013 Hajj