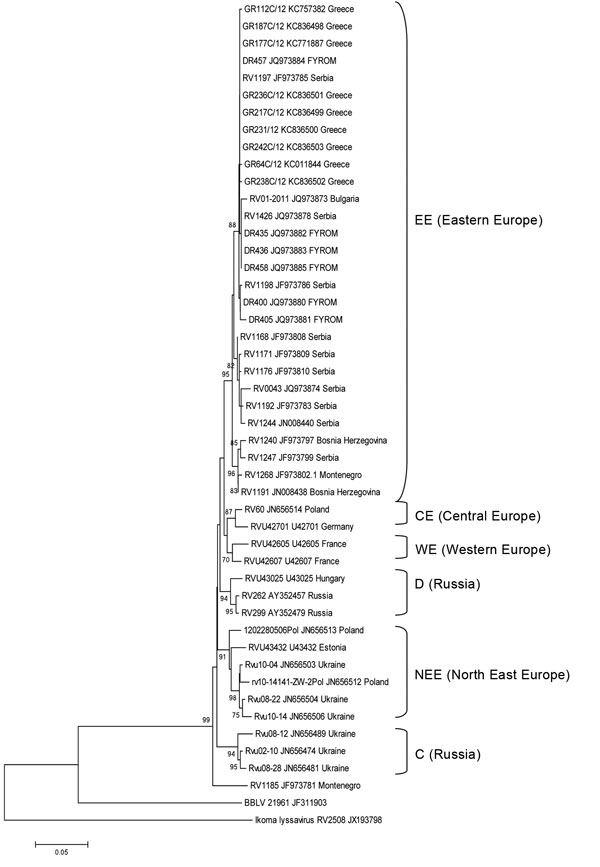 Figure. . Neighbor-joining phylogenetic tree comparing 9 isolates (7 red foxes, 2 dogs) from Greece with isolates from Former Yugoslav Republic of Macedonia, Bulgaria, and Serbia. All 9 samples were isolated in Greece during October 19, 2012–December 28, 2012. Representative isolates from central, western, and northeastern Europe and from Russia, extracted from GenBank, also were included in the phylogenetic tree. The phylogenetic analysis was based on analysis of the first 567 nt of the N gene by using the neighbor-joining method (Kimura 2-parameter model). Bootstrap values >70% were regarded as significant support of tree topology. The GenBank accession numbers of the sequences are included for each taxon within the tree, as is the country of origin. Abbreviations for the phylogenetic groups (NEE, C, D, SF) are indicated on the tree. Scale bar indicates nucleotide substitutions per site.