Novel Betacoronavirus in Dromedaries of the Middle East, 2013

In 2013, a novel betacoronavirus was identified in fecal samples from dromedaries in Dubai, United Arab Emirates. Antibodies against the recombinant nucleocapsid protein of the virus, which we named dromedary camel coronavirus (DcCoV) UAE-HKU23, were detected in 52% of 59 dromedary serum samples tested. In an analysis of 3 complete DcCoV UAE-HKU23 genomes, we identified the virus as a betacoronavirus in lineage A1. The DcCoV UAE-HKU23 genome has G+C contents; a general preference for G/C in the third position of codons; a cleavage site for spike protein; and a membrane protein of similar length to that of other betacoronavirus A1 members, to which DcCoV UAE-HKU23 is phylogenetically closely related. Along with this coronavirus, viruses of at least 8 other families have been found to infect camels. Because camels have a close association with humans, continuous surveillance should be conducted to understand the potential for virus emergence in camels and for virus transmission to humans.

In 2012, a novel CoV, Middle East respiratory syndrome CoV (MERS-CoV) emerged as a cause of severe respiratory infections associated with high rates of death among humans; the virus is closely related to tylonycteris bat CoV HKU4 and pipistrellus bat CoV HKU5 (Pi-Bat CoV HKU5) (21–23). It has also been shown that dromedaries in the Middle East possess MERS-CoV neutralizing antibodies (24). To further knowledge of the evolution and dissemination of CoVs, we conducted a molecular epidemiology study of fecal samples obtained from dromedaries in Dubai, United Arab Emirates.

Dromedary fecal and serum samples used in the study were leftover specimens that had been submitted for pathogen screening (feces) or preventive health screening (serum) to Central Veterinary Research Laboratory (Dubai, United Arab Emirates) during January–July 2013. The fecal and serum samples were not obtained from the same animals. None of the dromedaries tested were known to have had contact with bats or horses.

The fecal samples from 3 dromedaries tested positive for CoV. These samples were cultured in HRT-18G, Vero E6, Caco-2, and LLC-MK2 cell lines.

Three complete genomes of DcCoV UAE-HKU23 (265F, 362F, and 368F) were amplified and sequenced as described (5,12). RNA extracted from fecal specimens was used as template, and a database of CoV genes and genomes (CoVDB, http://covdb.microbiology.hku.hk) (25) was used for sequence retrieval. Sequences were assembled and edited to produce final sequences.

We used EMBOSS Needle (http://www.ebi.ac.uk/Tools/psa/emboss_needle/) to compare the nucleotide sequences of the genomes and the deduced amino acid sequences with those for other CoVs. A neighbor-joining phylogenetic tree with 1,000 bootstraps was constructed by using the Jones-Taylor-Thornton substitution model; gamma distribution among sites was conducted in MEGA5 (26).

According to our protocol (19,20), all samples positive for DcCoV UAE-HKU23 by RT-PCR were subjected to quantitative RT-PCR (qRT-PCR).The assay was performed, as described (27), using a real-time 1-step qRT-PCR with DcCoV UAE-HKU23 primers 5′-ATAGCGGCTACACGTGGTGTT-3′ and 5′-TCCCAGCCGCCATAAAACT-3′ and probe 5′-(FAM) CTGTTGTTATAGGCACCACT (BHQ1)-3′. To generate calibration curves, we prepared a series of 6 log10 dilutions equivalent to 101–106 copies per reaction mixture and ran them in parallel with the test samples.

Anti–MERS-CoV antibody detection by indirect immunofluorescence was performed as described (28) with minor modifications. In brief, Vero cells infected with MERS-CoV were prepared as described (28). Camel serum samples were screened at a dilution of 1:160 on infected and noninfected control cells. Antigen–antibody interaction was detected by using fluorescein isothiocyanate–conjugated Goat Anti-Llama IgG (Life Technologies). Serum samples positive at a screening dilution of 1:160 were further titrated with serial 2-fold dilutions. The indirect immunofluorescence antibody titer was the highest dilution giving a positive result.

The neutralization antibody test was performed as described (28). In brief, starting with a serum dilution of 1:10, we prepared serial 2-fold dilutions of serum in 96-well microtiter plates. For each serum dilution, 0.05 mL of the dilution was mixed with 0.05 mL of 200 MERS-CoV 50% tissue culture infectious doses and incubated at 37°C for 1.5 h in a CO2 incubator. Then 0.1 mL of virus–serum mixture was inoculated in duplicate wells of 96-well microtiter plates with preformed monolayers of Vero cells and further incubated at 37°C for 3–4 days. Cytopathic effects were observed by using an inverted microscope on days 3 and 4 after inoculation. The neutralizing antibody titer was determined as the highest dilution of serum that completely suppressed the cytopathic effects in at least half of the infected wells.

The number of synonymous substitutions per synonymous site, Ks, and the number of nonsynonymous substitutions per nonsynonymous site, Ka, for each coding region between each pair of strains were calculated by using the Nei-Gojobori method (Jukes-Cantor) in MEGA5 (26). Divergence time was calculated on the basis of RdRp gene sequence data by using a Bayesian Markov Chain Monte Carlo approach as implemented in BEAST version 1.8.0 (http://beast.bio.ed.ac.uk), as described (15,19,29,30). Bayesian skyline under a relaxed-clock model with an uncorrelated exponential distribution was adopted for making inferences because Bayes factor analysis for the RdRp gene indicated that this model fitted the data better than other models tested.

Identification of CoV in Dromedaries

Of the 293 fecal samples tested, 14 (4.8%) were RT-PCR positive for the CoV RdRp gene; 1 (0.4%) of the samples was from an adult dromedary and 13 (21.3%) were from calves (Table 1). Of the 14 positive samples, 11 were collected in April and 3 were collected in May. Ten of the 14 samples were submitted to the Central Veterinary Research Laboratory for routine checking, and the other 4 were collected because the dromedaries had diarrhea. Sequencing results indicated a 126-nt sequence identical to that of equine CoV, a betacoronavirus 1 species in lineage A (betacoronavirus A1).

Attempts to stably passage DcCoV UAE-HKU23 in cell cultures were unsuccessful; no cytopathic effect or viral replication was detected. Real-time qRT-PCR showed that the amounts of DcCoV UAE-HKU23 RNA ranged from 5.7 A- 104 copies/mL to 9.8 A- 107 copies/mL (median 8.4 A- 105) in the 14 fecal samples positive for DcCoV UAE-HKU23 (Table 1).

Figure 1. . . . . . Genome organizations of a novel betacoronavirus, in boldface, discovered in dromedaries in the Middle East in 2013, and representative coronaviruses from each coronavirus genus (labeled on...

The 3 complete genomes of DcCoV UAE-HKU23 (GenBank accession nos. KF906249–KF906251) were 31,036 bases and had a G+C content of 37% (Table 2). The genome organization is similar to that of other betacoronavirus lineage A CoVs (Figure 1). Additional open-reading frames (ORFs) coding for nonstructural proteins (NSPs) NS2 and NS5 are found. DcCoV UAE-HKU23 and other CoVs in betacoronavirus lineage A possess the same putative transcription regulatory sequence motif, 5′-UCUAAAC-3′, at the 3′ end of the leader sequence and preceding most ORFs (Table 3; Technical Appendix Table 1) (19,30).

Figure 2. . Amino acid comparison of the spike protein of a novel betacoronavirus, dromedary camel coronavirus (DcCoV) UAE-HKU23, discovered in dromedaries in the Middle East in 2013, with that of bovine coronavirus...

NS5 of DcCoV UAE-HKU23 shares 83.5%–98.2% aa identity with the corresponding NSPs of betacoronavirus A1 members. In murine hepatitis virus, translation of the envelope protein is cap-independent, through an internal ribosomal entry site (19,30). However, a preceding transcription regulatory sequence, 5′-UCCAAAC-3′, can be identified upstream of the envelope protein in DcCoV UAE-HKU23, as in other betacoronavirus A1 members (Table 3; Technical Appendix Table 1) (19,30). Downstream to nucleocapsid protein, the 3′-untranslated region contains a predicted bulged stem-loop structure of 68 nt (nt position 30747–30814) that is conserved in betacoronaviruses (34). Overlapping with the bulged stem-loop structure by 5 nt, is a conserved pseudoknot structure (nt position 30810–30863) that is important for CoV replication. Figure 3. . Phylogenetic analysis of open reading frame (ORF) 1b polyprotein of dromedary camel coronavirus (DcCoV) UAE-HKU23 from dromedaries of the Middle East, 2013. The tree was constructed by the neighbor-joining method,... 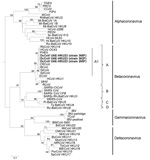 Figure 5. . . . . . Phylogenetic analyses of the nucleocapsid protein of a novel coronavirus (CoV), dromedary camel CoV (DcCoV) UAE-HKU23, discovered in dromedaries of the Middle East, 2013.The tree was...

Nucleocapsid protein of DcCoV UAE-HKU23 was purified. Prominent immunoreactive bands were visible for 31 (52%) of 59 dromedary serum samples; 25 of the 31 samples had titers of 2,000, three had titers of 4,000, and 3 had titers of 8,000 (Figure 6). Serum samples for all 4 adult dromedaries were positive for DcCoV UAE-HKU23 antibodies, and 27 (49%) of the 55 samples for teenage dromedaries were positive. Band sizes were ≈50 kDa, consistent with the expected size of 50.4 kDa for the full-length (His)6-tagged recombinant nucleocapsid protein. Only very faint bands were observed when the 3 serum samples positive for DcCoV UAE-HKU23 antibodies were incubated with nucleocapsid proteins of SARS-CoV, Pi-BatCoV HKU5, or Ro-BatCoV HKU9, indicating minimal cross-reactivity. This finding concurs with our previous observation that minimal cross-reactivity occurs between CoVs in different lineages in betacoronavirus (16). For MERS-CoV antibody testing, results were positive for 57 (97%) of the 59 samples by Western blot analysis, for all 59 samples by indirect immunofluorescence, and for 58 (98%) of the 59 samples by neutralization antibody test (Table 4).

By using the uncorrelated relaxed clock model on RdRp gene sequences, we estimated the date of divergence between DcCoV UAE-HKU23 and BCoV to be ≈46 years ago. We estimated that the 3 strains of DcCoV UAE-HKU23 diverged from their most recent common ancestor in March 2010 (the 95% highest posterior density interval, August 2006–September 2012) (Technical Appendix Figure 1).

In this study, correlation between DcCoV UAE-HKU23 RT-PCR positivity and seropositivity also cannot be ascertained because the fecal samples and serum samples were collected from different dromedaries. Because MERS-CoV was not present in dromedaries in the present study, an intensive search in dromedaries and other animals in other locations in the Middle East would be helpful in the search for the animal source of MERS-CoV.

Figure 7. . . . . . The evolution of corona viruses from their ancestors in bat and bird hosts to new virus species that infect other animals.

Camels are one of the most unique mammals on earth. In particular, they have shown perfect adaptation to desert life, which presents temperature extremes and a scarce supply of food and water. In the past, camels were used for transportation of humans and goods and for military uses. Moreover, for humans, they provide a good source of meat, milk, and wool. Camels are also important recreational animals in the Middle East and are used for camel racing. Having been associated with humans for at least 5,000 years, camels usually pose little physical danger to humans. However, infectious pathogens, such as brucellosis, can occasionally be transmitted from camels to humans. Apart from the present novel CoV, viruses of at least 8 taxonomic families (i.e., Paramyxoviridae, Flaviviridae, Herpesviridae, Papillomaviridae, Picornaviridae, Poxviridae, Reoviridae, and Rhabdoviridae) have been found to infect camels (37–39). Because camels are closely associated with humans, continuous surveillance of viruses in this hardy group of animals is needed to understand the potential for virus emergence and transmission to humans.

We thank Wing-Man Ko and Constance Chan for their continuous support.

Dr Woo is a professor and head of the Department of Microbiology at The University of Hong Kong. His research focuses on novel microbe discovery and microbial genomics.

Novel Betacoronavirus in Dromedaries of the Middle East, 2013