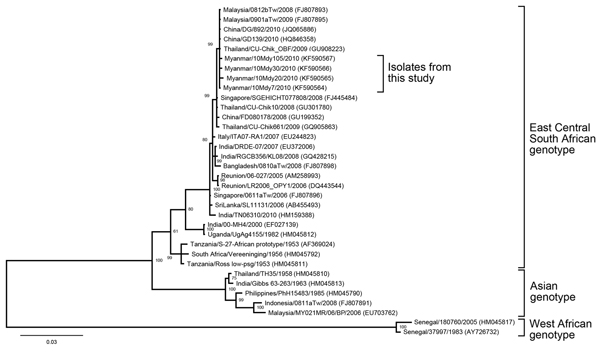 Figure 2. Phylogenetic tree constructed on the basis of whole E1 gene sequences of chikungunya viruses, showing location of 4 isolates obtained from children in Myanmar within the East Central South African genotypeRepresentative strains of each genotype obtained from GenBank are named by country of origin, strain name, year of isolation, and accession number (in parentheses)Bootstrap values are indicated at branch nodesScale bar indicates nucleotide substitutions per site.