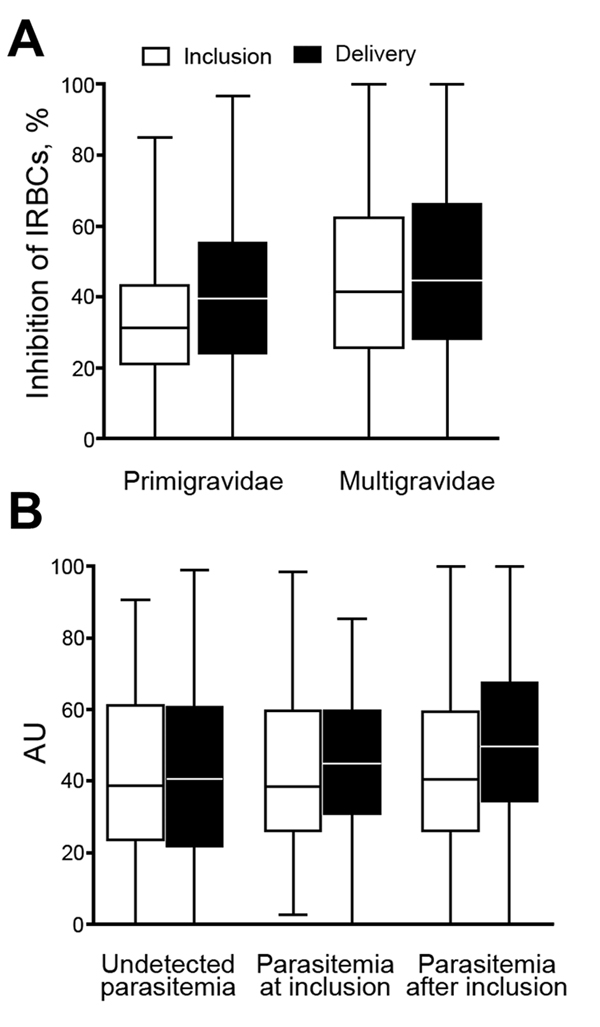 Figure 3. Binding inhibition profile of plasma from pregnant women against placental malaria, Benin. Plasma binding inhibitory capacity according to parity (n = 109 primigravidae and 573 multigravidae) (A) and to parasitemia during follow-up (B) (n = 384 women with undetected parasitemia, 115 with parasitemia detected at study inclusion, and 183 with parasitemia detected after inclusion). A) Binding inhibitory capacity was significantly higher at inclusion in multigravidae than in primigravidae and increased at delivery compared with that at inclusion in both groups (all p<0.05). B) Significant increase between inclusion and delivery and a higher level at delivery in women with documented parasitemia during pregnancy (p<0.05, by Fisher exact test). Horizontal lines indicate medians, boxes indicate interquartile ranges, and error bars indicate ranges. IRBCs, infected red blood cells; AU, absorbance units.