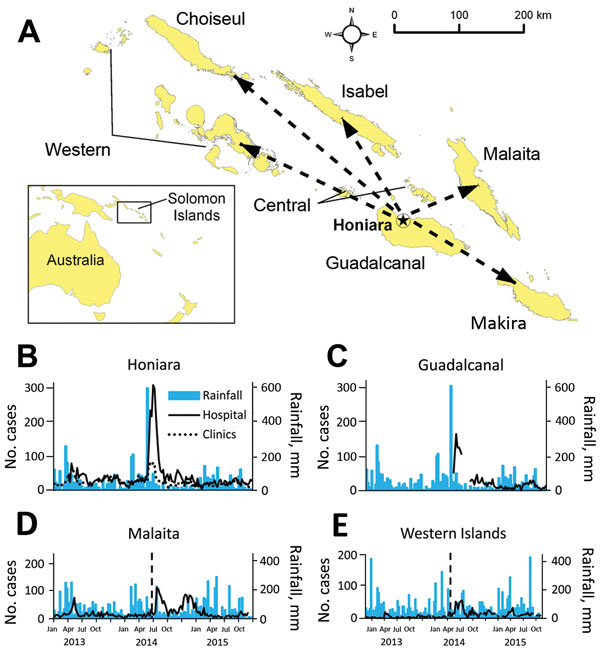 Figure 1. A) Spread of diarrheal disease in Solomon Islands after a postflooding outbreak in the capital city of Honiara, 2014, that resulted from a tropical depression. Dashed arrows indicate islands not affected by flooding where diarrheal outbreaks occurred. Two remote provinces, Temotu and Renell & Bellona, that did not report outbreaks are not included. B–E) Weekly rainfall measurements and outpatient diarrhea cases identified from the Pacific Syndromic Surveillance System (PSSS) database, December 31, 2012–August 30, 2015. The flooding occurred during April 3–5 in B) Honiara and C) other parts of Guadalcanal; vertical lines in panels D and E indicate the timing of the outbreak peak in Honiara and Guadalcanal. Cases of diarrhea are from PSSS weekly counts; Good Samaritan Hospital in Guadalcanal was designated as a PSSS site immediately postflood. Outpatient clinics in Honiara were Rove Clinic, Kukum Clinic, and Mataniko Clinic. Rainfall data presented for Guadalcanal Province is from Honiara.