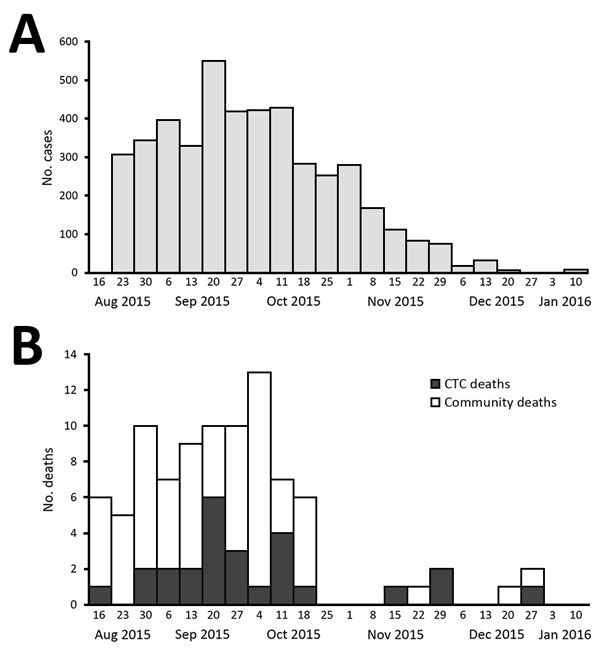 Figure 2. Suspected and confirmed cholera cases (A) and deaths (B) from cholera mortality evaluation and burial permit assessment, by week, Dar es Salaam, Tanzania, August 16, 2015–January 16, 2016. CTC deaths are deaths in patients >2 years of age with suspected or confirmed cholera who died following admission to a hospital or CTC. Community deaths were deaths in persons >2 years of age highly suspected of having cholera or having culture-confirmed cholera who died in the community or en route to a CTC. The date of death could not be determined for 6 decedents who were therefore excluded from the epidemic curves. CTC, cholera treatment center.

1Preliminary results from this study were presented at the American Society of Tropical Medicine and Hygiene Annual Meeting; November 13–17, 2016, Atlanta, Georgia, USA.