Seroprevalence and Transmission of Human Influenza A(H5N1) Virus before and after Virus Reassortment, Cambodia, 2006–2014 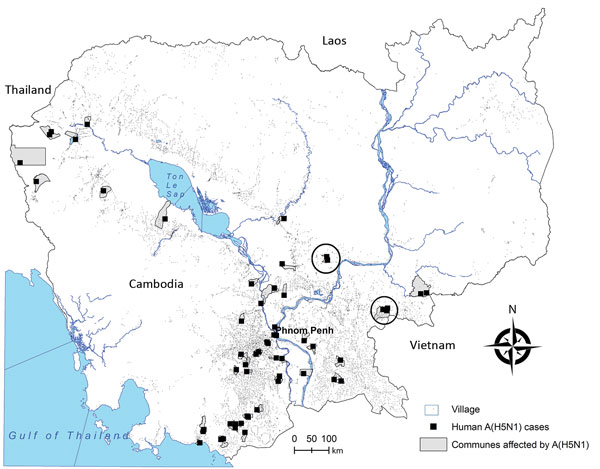