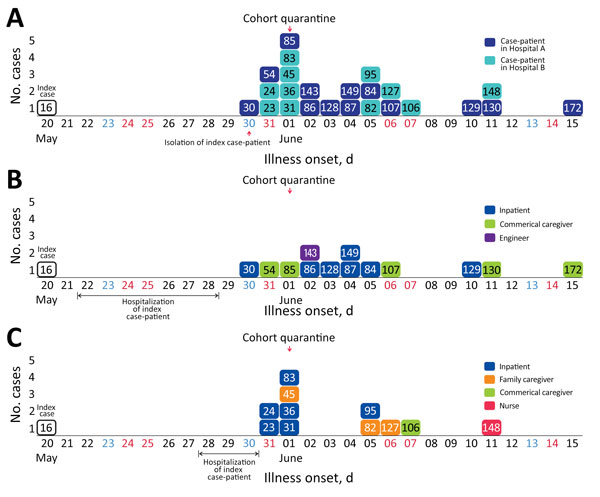 Figure 1. Epidemic curves for the Middle East respiratory syndrome outbreak in Daejeon, South Korea, 2015. The cases are numbered in the order in which they were confirmed in the context of all cases reported during the outbreak. A) Hospitals A and B; B) Hospital A; C) Hospital B. Case-patient 38 is not included because date of illness onset is unknown. Black, weekday; blue, Saturday; red, Sunday or holiday.