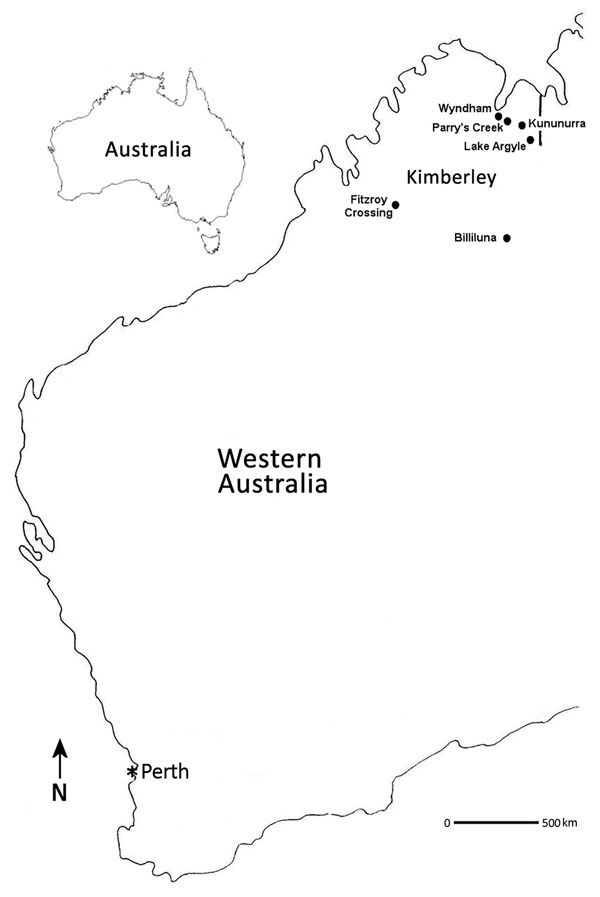 Figure 1. Locations where Fitzroy River virus–positive mosquitoes were collected (black dots), Western Australia, Australia, 2011 and 2012. Perth (asterisk), the capital city and most densely populated area of Western Australia, is shown to indicate its distance from the Kimberley region.