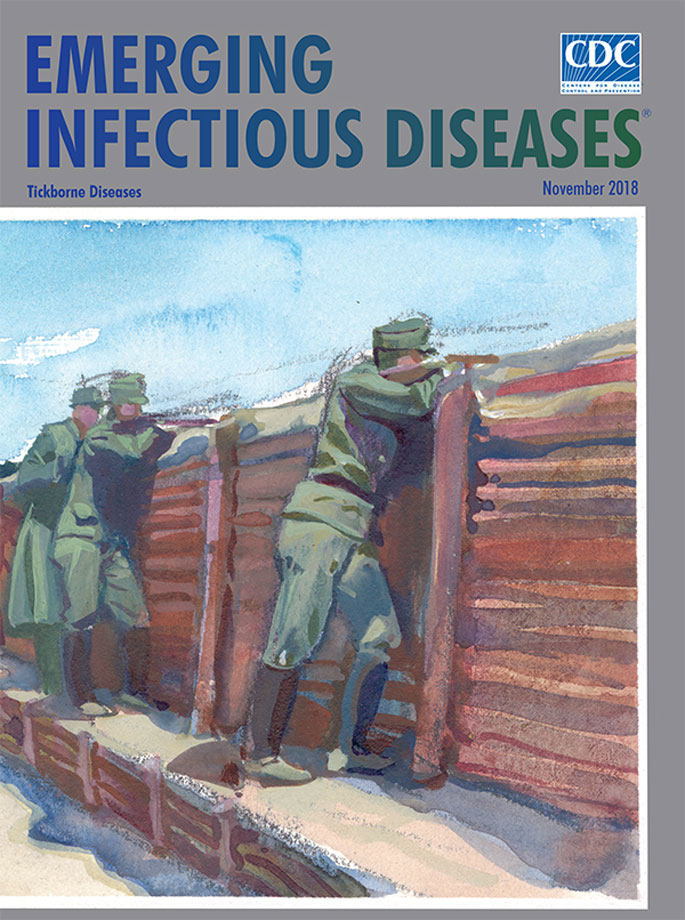 A century ago, the world was ensnared in the Great War, 1914–1918, now known as the First World War. During that war, an estimated 9 million combatants and as many as 7 million civilians died, and it brought to an end the German, Russian, Austro-Hungarian, and Ottoman Empires. Infectious diseases played a prominent role in that war, resulting in more casualties than did war-inflicted wounds. With several decades of knowledge about bacterial organisms, armies had implemented sanitation measures such as latrines and water purification methods to control diarrheal and dysenteric diseases. Vaccine successes had been documented for smallpox and typhoid. However, louse-borne typhus killed 2–3 million soldiers and civilians on the Eastern Front, and the war’s end in November 1918 was hastened by an influenza pandemic that had begun in January 1918 and eventually claimed the lives of an estimated 50 million.

Because of the huge numbers of casualties, control of media was important for maintaining positive public opinion and support for the war efforts; all combatant countries developed central censorship and propaganda offices. The United States entered the war in April 1917, fully two-and-a-half years into the conflict, and created its own Committee on Public Information and its own Censorship Board. For the Austro-Hungarian forces, the central censorship and propaganda institution was the War Press Office, or Kriegspressequartier, which eventually included more than 750 writers, journalists, photographers, and filmmakers, and some 150 visual artists. Painters and photographers worked in the field of combat, many as military officers, and sketched quick impressions, which they could later render more elaborate or refined, when they were away from the dangers of the front. Among these many painters was a young artist, Ernst Liebenauer (1884–1970), who had studied under reknowned realist Christian Griepenkerl at the Wiener Akademie der Bildenden Künste (Viennese Academy of Fine Arts) and later at the Spezialschule für Historienmalerei (Special School for Historical Painting) under another well-known Austrian portrait and landscape painter, Franz Rumpler. During the war, Liebenauer focused on military subjects, but after the war, he became a painter of landscapes, still life, portraits, and mythical scenes. He was best known as an illustrator of children’s books and fairy tales, including versions of Daniel Defoe’s Robinson Crusoe and the works of the Brothers Grimm.

On this month’s cover, Liebenauer’s impressionist watercolor sketch, In Entrenchment, World War I, presents an almost pristine, impressionist picture of the Austro-German trenches. The 5-year conflict was fought at sea and on land, but the principal battlefields emerged where opposing sides constructed elaborate lines of fortified trenches that meandered for two thousand miles on the Western Front, from the North Sea to the border of Switzerland with France. Between the opposing trenches was a “no man’s land” of barbed wire and mines. Liebenauer’s sketch portrays no carnage, no deprivation, no disorder. A long-coated military officer calmly supervises four soldiers, clad in orderly uniforms under a bright and colorful sky, as they fire rifles across no man’s land. What may be random, penciled sketch lines may also be intended to resemble the pervasive barbed wire of the trenches, and the blue, shadowed trough in parallel with the step up to the trench wall may be intended to convey an image of pooled water or snow. The overall mood is relatively tranquil. The sketch is inspirational, consistent with the desires of the Kriegspressequartier, featuring the bravery of the soldiers at the front, and devoid of the horrors of the conflict or the ubiquitous filth of the trenches.

There are conflicting theories as to the site of origin of the H1N1 strain of the influenza virus that swept across the world, infecting perhaps 500 million; but the spread of the epidemic was amplified by forced congregate settings, mass migrations, intercontinental traffic, and abject living conditions. Spain did not enter the conflict and was less engaged in requiring censorship or promoting propaganda. Consequently, the 1918 pandemic became known as “Spanish flu,” as its burden was reported more quickly and more extensively in the Spanish press.

The centenary of the end of the Great War this month reminds us of the wealth of antimicrobials and vaccines that the last century has brought. Unfortunately, with increasing antimicrobial drug resistance, we are also burdened with fear of a return to a setting in which we have few defenses against the most common of infectious disease foes.

Page created: October 10, 2018
Page updated: October 10, 2018
Page reviewed: October 10, 2018
The conclusions, findings, and opinions expressed by authors contributing to this journal do not necessarily reflect the official position of the U.S. Department of Health and Human Services, the Public Health Service, the Centers for Disease Control and Prevention, or the authors' affiliated institutions. Use of trade names is for identification only and does not imply endorsement by any of the groups named above.