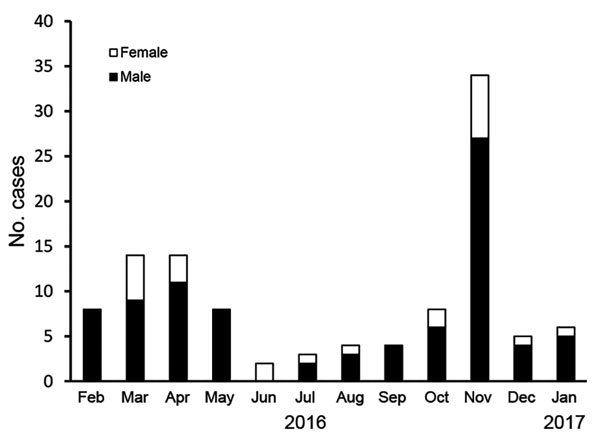 Figure 1. Cases of varicella in a private university in Chennai, India, February 2016–January 2017, by sex and month of admission to hospital. Academic examinations occur during April–May and November–December; semester holidays occurred during June and December 2016.