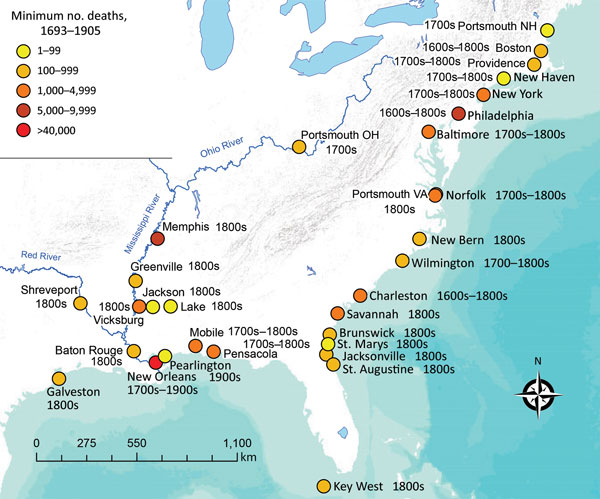 Figure. Outbreaks of yellow fever reported during 1693–1905 among cities comprising part of present-day United States. Because deaths from yellow fever were often not recorded, or only referred to as “a significant portion of the population” and thus not accounted for here, the numbers presented in this figure represent a minimum for the cities cited (4,6–8).