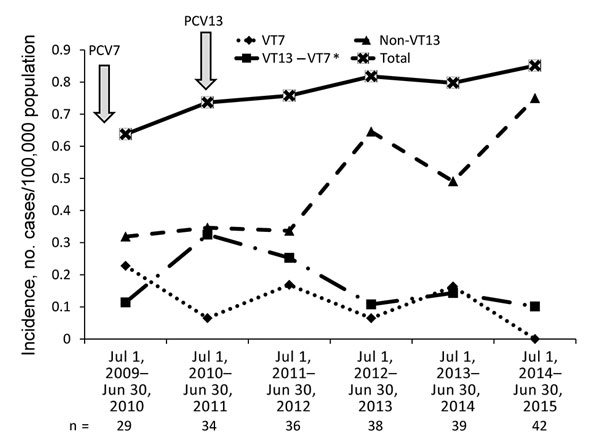 Figure 3. Incidence of pneumococcal meningitis in patients >18 years of age, by VT, Israel, July 1, 2009–June 30, 2015. The total number of cases per year are shown, and the introductions of PCV7 and PCV13 into the pediatric national immunization plan are depicted with arrows. *Serotypes included in the VT13 vaccine but not in the VT7 vaccine. PCV, pneumococcal conjugate vaccine; VT, vaccine type.