We describe an aortic endograft infection caused by Mycobacterium chimaera and Granulicatella adiacens, successfully treated with prolonged antimicrobial drug therapy after complete explantation of the infected endoprosthesis and extra-anatomical reconstruction. Whole-genome sequencing analysis did not indicate a close relationship to bacterial strains known to cause infections after cardiac surgery.

Aortic endograft infection (AGI) is a serious complication of aortic repair, and treatment involves prolonged antimicrobial drug therapy and complete or partial graft explantation with subsequent in situ or extra-anatomic arterial reconstruction. AGI attributable to nontuberculous mycobacteria (NTM) is a rare condition, and sporadic cases have been described (1). Mycobacterium chimaera is a slow-growing NTM and a member of the M. avium complex. Recent publications show the emergence of disseminated M. chimaera infections occurring after open heart surgery (2). A field investigation identified contaminated heater–cooler units (HCUs) as the source of infection (3,4). In addition to valve reconstructions, these cases also involved thoracic aortic grafts. We describe an abdominal AGI caused by M. chimaera and Granulicatella adiacens. Our aim was to find the source of the M. chimaera infection by using whole-genome sequencing (WGS) to compare the patient’s isolate to strains implicated in infections known to occur after cardiac surgery.

Figure 1. Preoperative, intraoperative, and postoperative images in the case of a patient who received an abdominal aortic endograft and was later diagnosed with Mycobacterium chimaera and Granulicatella adiacens infection, Switzerland, 2014. A)...

Deep wound cultures obtained during surgical revisions revealed M. chimaera (in 3/3 cultures) and Granulicatella adiacens (in 4/18 cultures). Histopathologic test results were compatible with mycobacterial infection (Technical Appendix Tables 1, 2). Results of blood cultures and mycobacteriologic blood and sputum cultures remained negative. The patient received a combination therapy containing clarithromycin, rifabutin, ethambutol, and amikacin in the early postoperative phase. After 6 weeks, amikacin was replaced by moxifloxacin. For coverage of G. adiacens, amoxicillin was added to the regimen. We treated the patient for a total of 12 months after the extra-anatomic reconstruction. Several PET–CT scans showed a complete metabolic response.

The diagnostic workup in May 2015 revealed an incidental 5-mm small pulmonary nodulus in the right upper lobe, which was observed to be metabolically active in PET–CT. After recovery from the abdominal intervention, the patient underwent wedge resection, and a localized squamous-cell carcinoma of the lung was confirmed. In April 2016, a relapse of his neoplasia occurred. Despite intensified chemotherapy, the patient died in August 2017 because of progressive pulmonary cancer; no autopsy was performed.

The HCU-related outbreak of disseminated M. chimaera infections led us to investigate the hybrid operating room where the patient had undergone his initial surgery (Technical Appendix Figure). The referring hospital did not use HCUs or extracorporeal membrane oxygenation devices. In summer 2015, we obtained water and air samples from the operating room (Table); results were negative for M. chimaera. 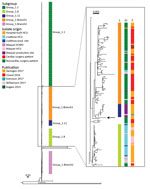 Figure 2. Phylogeny of isolate from case-patient who received an abdominal aortic endograft and was later diagnosed with Mycobacterium chimaera and Granulicatella adiacens infection, Switzerland, 2014, and comparison isolates. Maximum-likelihood tree was built...

According to a signature single-nucleotide polymorphism–based classification, the patient isolate was similar to the group 1 strains of M. chimaera (2). We therefore included all group 1 strains with sufficient WGS data from published studies together with the patient isolate in a combined analysis of a total of 437 strains (Figure 2). The patient isolate did not cluster with subgroup 1.1, which represented all but 1 of the reported cases of disseminated M. chimaera infections associated with contaminated HCUs. Instead, the patient strain clustered with strains from subgroup 1.11 and branch 1 of group 1 (2); however, the patient strain had no close relationship to any other strain included in the comparison.

The endoprosthetic graft (Excluder RMT261214/PXC121200) of our patient was produced by Gore Medical (Newark, DE, USA). The Swiss Agency for Therapeutic Products submitted a medical device report for the implicated graft to the manufacturer.

We report an endovascular AGI caused by M. chimaera and G. adiacens, which was successfully treated with extra-anatomic bypass and prolonged antimicrobial therapy. Because of the histopathology results showing focal granulomatous necrotizing inflammation and detection of sparse acid-fast rods in Ziehl Neelsen stain, we outweighed the importance of M. chimaera compared with G. adiacens.

Patients at risk for NTM infections are elderly patients with preexisting pulmonary conditions or immunocompromised patients. At AGI diagnosis, the localized pulmonic cancer in this patient was in an early stage, and the patient was not known to be immunocompromised. Blood cultures and repeated sputum specimens were negative for mycobacteria, and PET–CT did not reveal any distant foci. Therefore, we considered a hematogenous spread of a localized and naturally acquired infection to be unlikely. Water and air samples from the operating room were negative for M. chimaera; thus, local contamination in the operating room was unlikely. When we compared the patient’s isolate with other available M. chimaera strains with available WGS data (2,6–10), we observed no association with the cardiac surgery cluster or any other closely related strain in the collection. Because the cardiac surgery cluster originated from M. chimaera–contaminated water in medical devices, a contamination of the medical prosthesis at the production site was considered, especially because the poorly soluble polytetrafluoroethylene polymerization is conducted as an emulsion in purified water. However, according to the graft manufacturer, its grafts are produced in a controlled environment, and ethylene oxide gas (EOG) is used for sterilization as recommended by the International Organization for Standardization (standard no. 11135-2007). EOG is widely used because of its good bactericidal activity on many bacterial species and even bacillus spores (11). However, studies showing the effect of EOG on mycobacteria are lacking, and cases of NTM infections caused by inadequate implant sterilization have been reported (12). As the logical next step in the investigation, testing environmental water samples from the production site or from fresh implants for NTM contamination was proposed. However, because of a paperwork assessment, the company decided not to pursue the case further.

Because our investigation involved a single case of an abdominal AGI caused by M. chimaera and G. adiacens, it is too early to draw any conclusions. If further infections emerge, investigations into the adequacy of EOG sterilization for arterial implants should be conducted. In this case, the combination of prolonged antimicrobial therapy, graft explantation, and extra-anatomic reconstruction resulted in sustained healing.

Dr. Plate is an internal medicine specialist working as an infectious disease fellow in the Division of Infectious Diseases and Hospital Epidemiology, University Hospital Zurich, Switzerland. His primary research interests are epidemiology and foreign body–associated infections.

We thank Marisa Kälin, Michael Greiner, and Ivo Fuchs for excellent patient care. We thank Matthias Schlegel for assistance in the outbreak investigation.