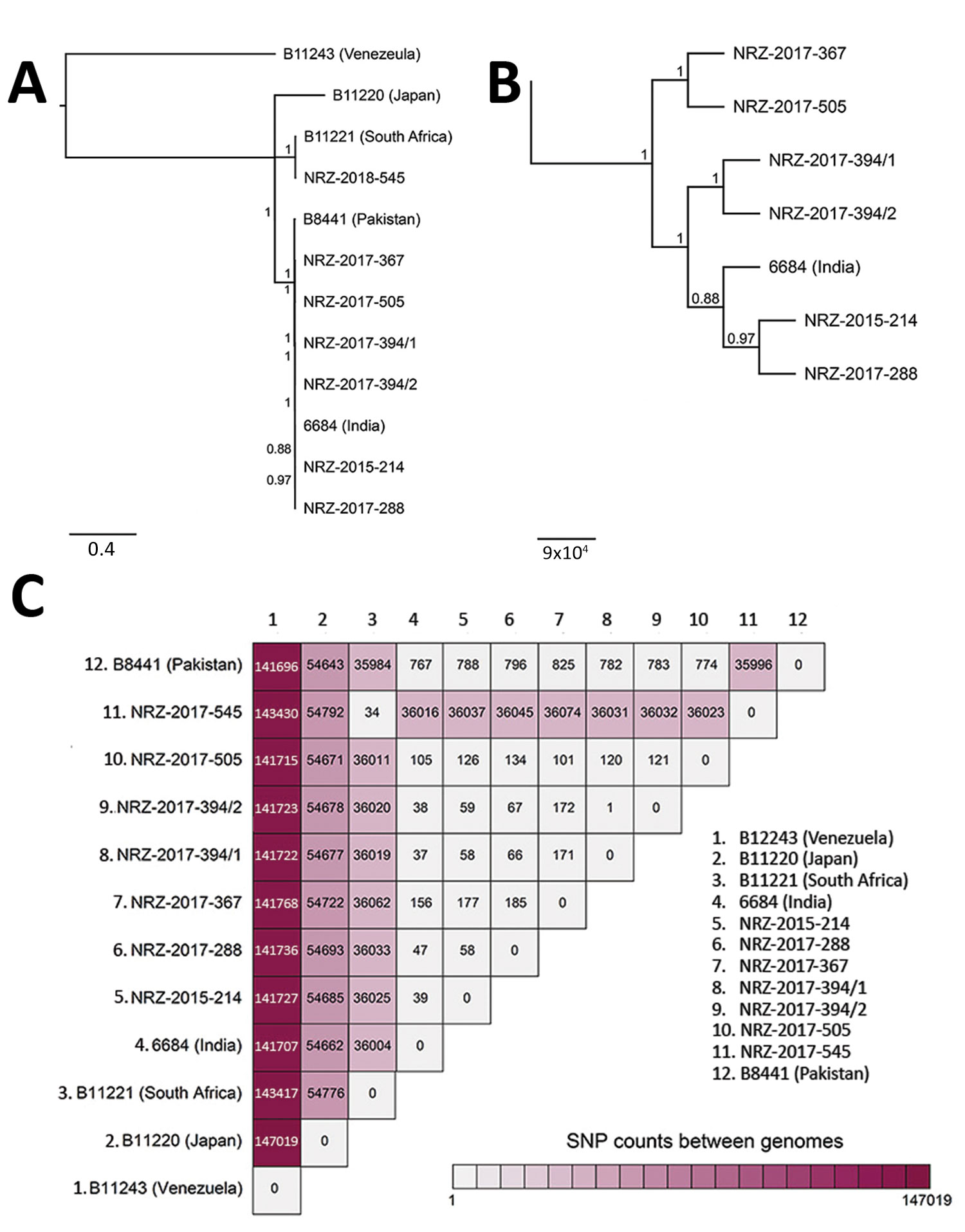 Figure. Genetic relationships of Candida auris isolates based on whole-genome sequencing SNP analysis. A) Maximum-likelihood phylogeny of C. auris isolates from Germany (indicated by NRZ prefix) inferred to reveal a possible geographic origin. The isolates were contrasted against strains representing the 4 different clades of C. auris: South American (strain B114243 from Venezuela), East Asian (B11220 from Japan), South African (B11221 from South Africa), and South Asian (B8441 from Pakistan and 6684 from India). B) Higher resolution of the tree shown in panel A to better visualize the relationship between the isolates belonging to the South Asian clade. Scale bars in panels A and B indicate nucleotide substitutions per site. C) SNP counts between the genomes of the isolates from Germany and the representative strains from the different clades. SNP, single-nucleotide polymorphism.

1Group members are listed at end of this article.