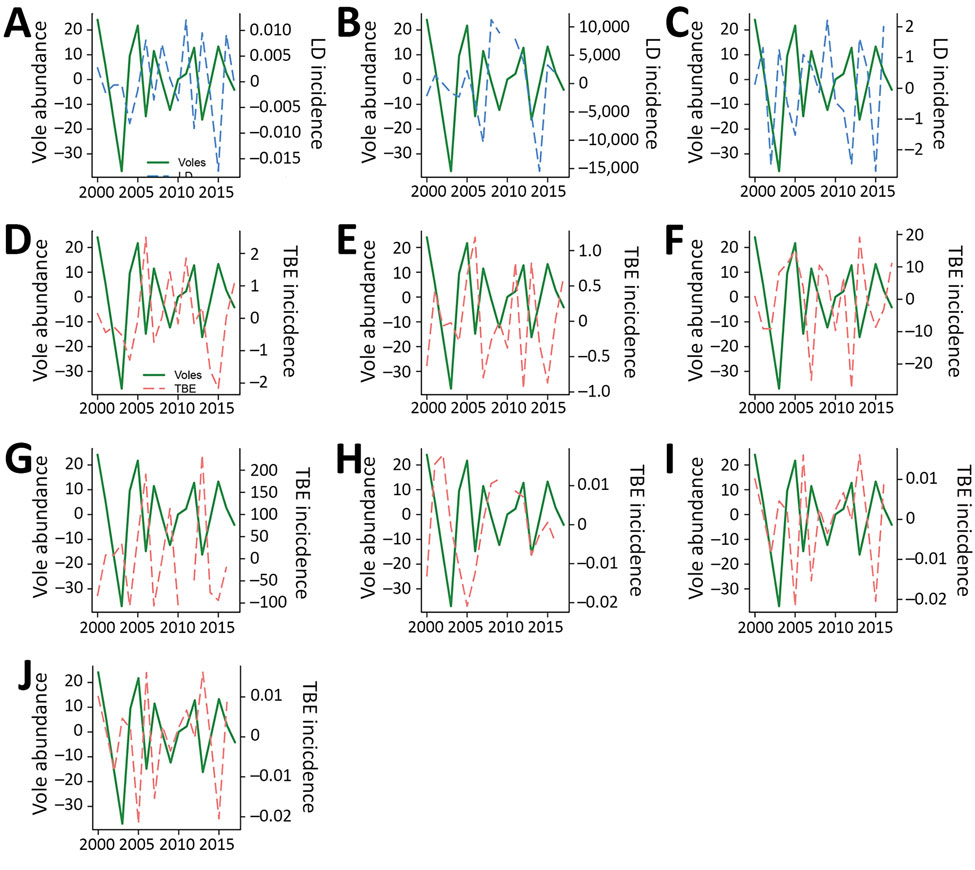 Figure 2. Dynamics of Lyme disease and tick-borne encephalitis incidences in countries of central Europe during 2000–2017 plotted together with the dynamics of common vole abundance (autumn counts of burrow entrances per hectare) in the Czech Republic. Lyme disease incidence in the Czech Republic (A), Hungary (B), and Poland (C); tick-borne encephalitis incidence in the Czech Republic (D), Germany (E), Austria (F), Slovenia (G), Hungary (H), Slovakia (I), and Poland (J). Incidence was plotted together with the dynamics of common vole numbers. Incidences and vole time series were Box–Cox transformed. All variables were detrended by smoothing splines. A data point is missing in the time series of incidence in Hungary. LD, Lyme disease; TBE, tick-borne encephalitis.