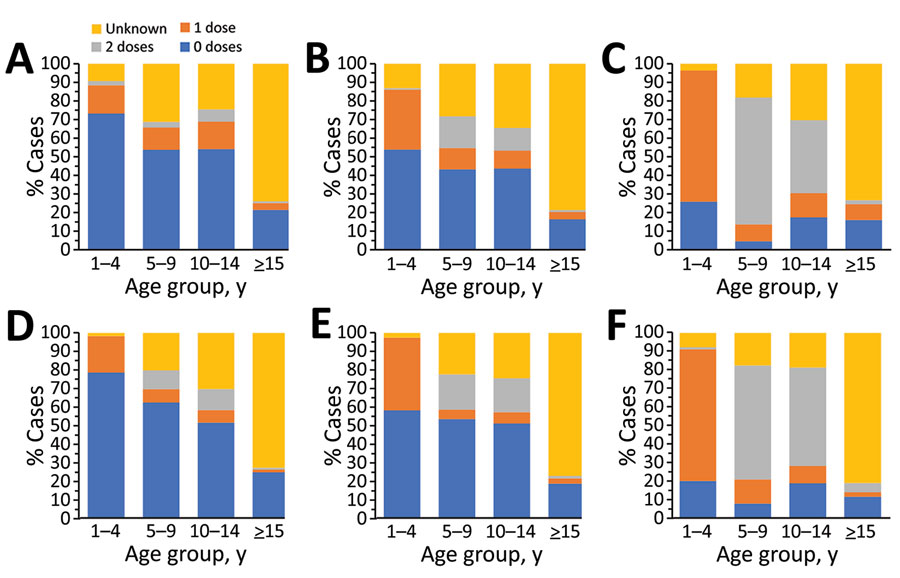 Figure 8. Genetic diversity of measles virus strains identified in Georgia, 2013–2018. Genotype D8 cluster of a phylogenetic tree is based on 450 nt of the measles virus nucleoprotein gene. The Kimura 2-parameter model and the neighbor-joining method in MEGA7 (14) were used, and only bootstrap values >70 are shown. The closest matches of the Georgia sequence variants identified by BLAST (https://blast.ncbi.nlm.nih.gov/Blast.cgi) are marked with a diamond; named strains of genotype D8 are marked with a square. For identical sequences, only the oldest and the most recent strains found in a certain location in a certain year are shown. The total number of sequences identified in each cluster are included in parentheses. Year of virus detection is indicated by colored circles: black for 2013, red for 2014, green for 2015, yellow for 2016, blue for 2017, pink for 2018. Scale bar indicates genetic distance, calculated based on the Kimura 2-parameter model, measured in nucleotide substitutions per site.

Page created: September 14, 2020
Page updated: October 17, 2020
Page reviewed: October 17, 2020
The conclusions, findings, and opinions expressed by authors contributing to this journal do not necessarily reflect the official position of the U.S. Department of Health and Human Services, the Public Health Service, the Centers for Disease Control and Prevention, or the authors' affiliated institutions. Use of trade names is for identification only and does not imply endorsement by any of the groups named above.