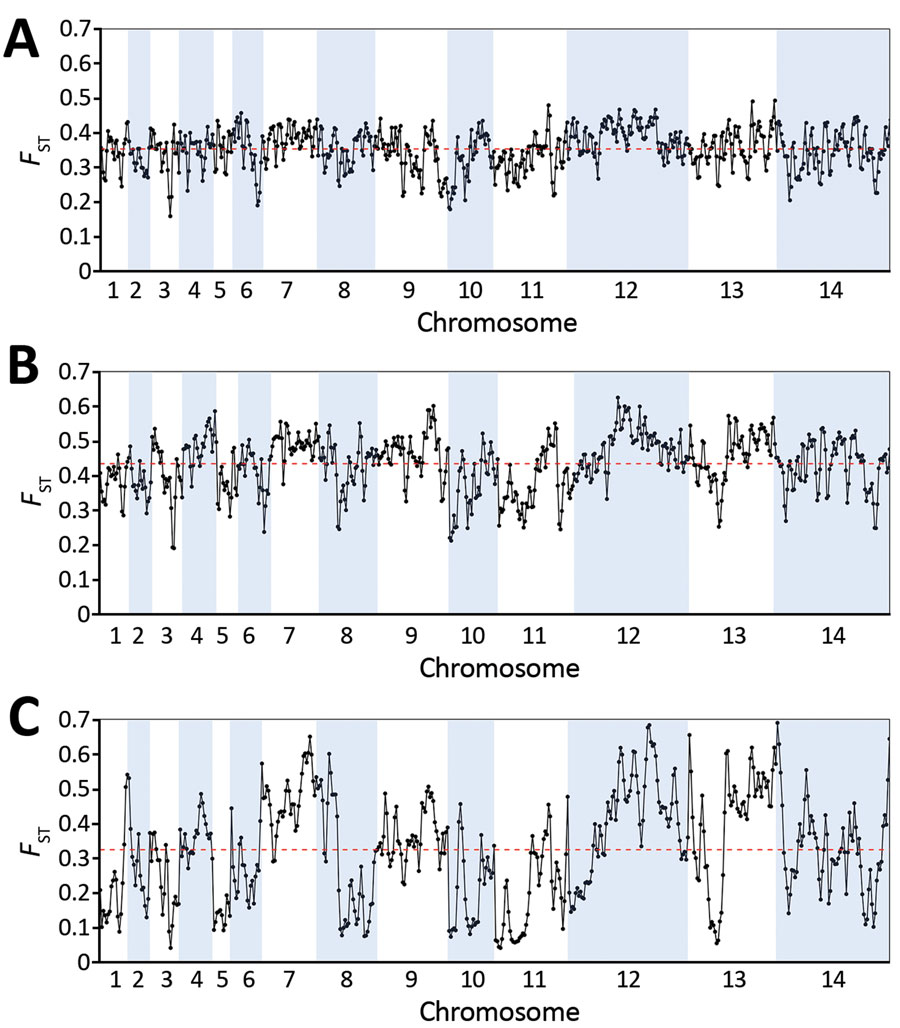 Figure 4. Genomewide between-population fixation index (FST) scan of divergence between Plasmodium knowlesi in Peninsular Malaysia sampled in this study (cluster 3) and the major subpopulations previously sampled in Malaysian Borneo (clusters 1 and 2). All single-nucleotide polymorphisms (SNPs) with overall allele frequencies >10% were included, and the solid points show values for analysis windows containing 500 consecutive SNPs, centered by the midpoint of each sequential window and overlapping by 250 SNPs. The red dashed line on each plot shows the genomewide mean value for all analyzed SNPs across the genome. A) The level of divergence between cluster 3 in Peninsular Malaysia and cluster 1 in Malaysian Borneo does not differ greatly throughout the genome (mean FST value 0.32). B) Divergence between cluster 3 in Peninsular Malaysia and cluster 2 in Malaysian Borneo is slightly higher (mean FST value 0.42) and shows more heterogeneity between genomic regions because of mosaic structure of diversity in cluster 2 (as explained by panel C). C) Divergence between clusters 1 and 2 in Malaysian Borneo, showing marked heterogeneity across the genome that explains most of the moderate heterogeneity shown in panel B, attributable to a mosaic structure of diversity within cluster 2, as previously reported (16).

Page created: May 18, 2020
Page updated: June 25, 2020
Page reviewed: June 25, 2020
The conclusions, findings, and opinions expressed by authors contributing to this journal do not necessarily reflect the official position of the U.S. Department of Health and Human Services, the Public Health Service, the Centers for Disease Control and Prevention, or the authors' affiliated institutions. Use of trade names is for identification only and does not imply endorsement by any of the groups named above.