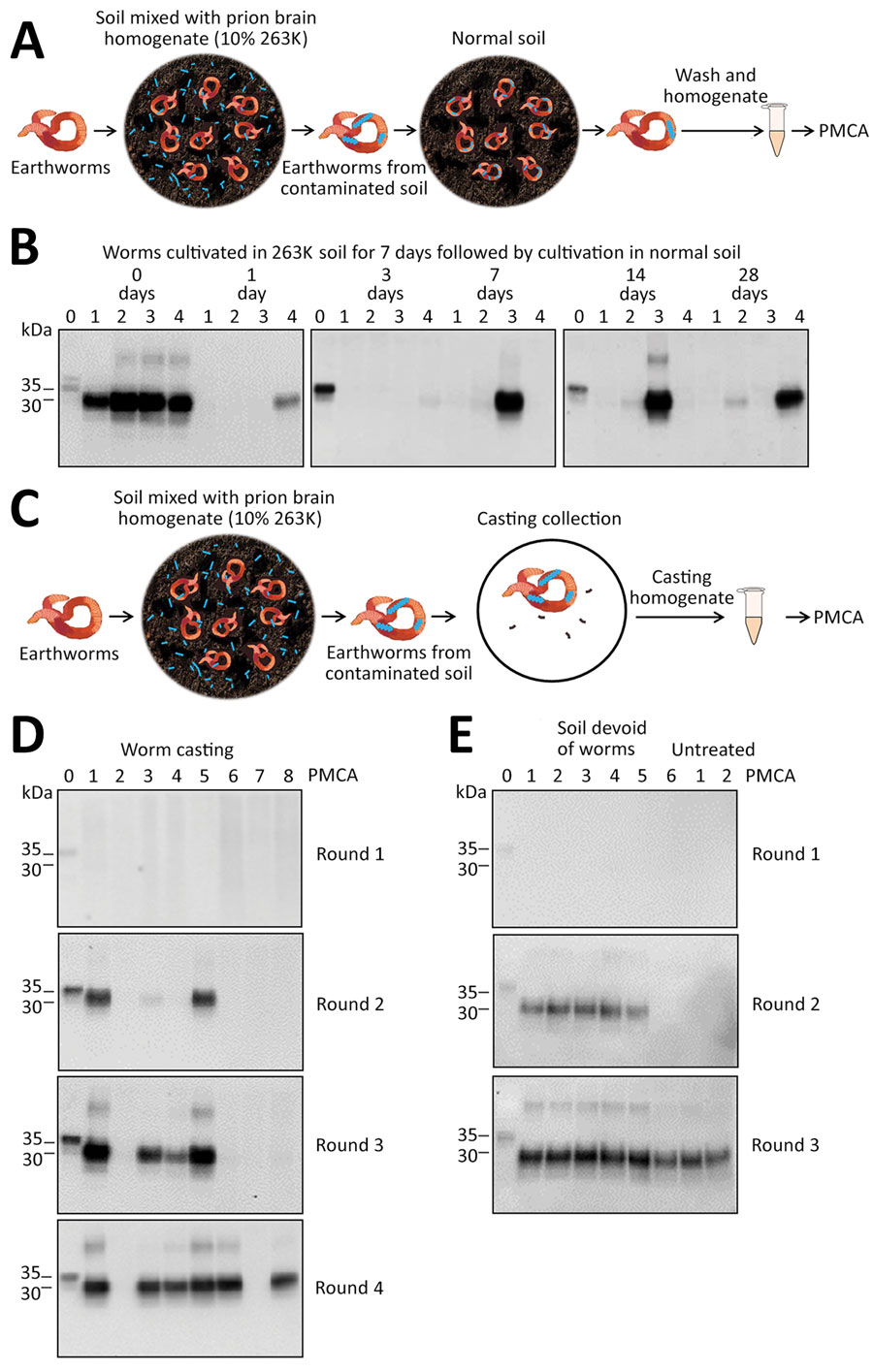 Figure 2. Detection of pathological prion protein (PrPSc) retention and dispersion by earthworms. A) Process for exposing earthworms to PrPSc–contaminated soil and analyzing for PrPSc retention. Worms were kept in PrPSc–contaminated soil for 7 days, then transferred to normal, prion-free soil and collected at various times. After collection, worms were thoroughly washed, homogenized, and used for PrPSc detection. B) Western blot analysis of PMCA of worm samples after cultivation in 263K-contaminated soil for 7 days and exposure to normal soil for 0, 1, 3, 7, 14, and 28 days. Lane 0 is normal brain homogenate (NBH) used as positive control; lanes 1–4 indicate 4 different worms for each time point. C) Process for collecting castings excreted by prion-contaminated worms to analyze for PrPSc. D) PMCA results for castings collected from earthworms exposed to 263K-soil for 7 days. Samples 1–8 were harvested and subjected to 4 PMCA rounds. E) Detection of PrPSc attached to 6 earthworms after exposure to prion-contaminated soil for 7 days. After collection and thorough washing, worms were dissected, and soil was carefully removed from the inside of the animal (soil-devoid worms). Worm carcasses were homogenized and used for PMCA detection of PrPSc. As controls, we used 2 untreated worms, that is, worms for which no soil was removed. In panels B, D, and E, all samples were digested with proteinase K (Sigma Aldrich, https://www.sigmaaldrich.com) at 50 µg/mL for 1 h at 37°C, except the NBH used as a migration control of PrPC. Numbers on the left indicate molecular weight markers. PMCA, protein misfolding cyclic amplification.