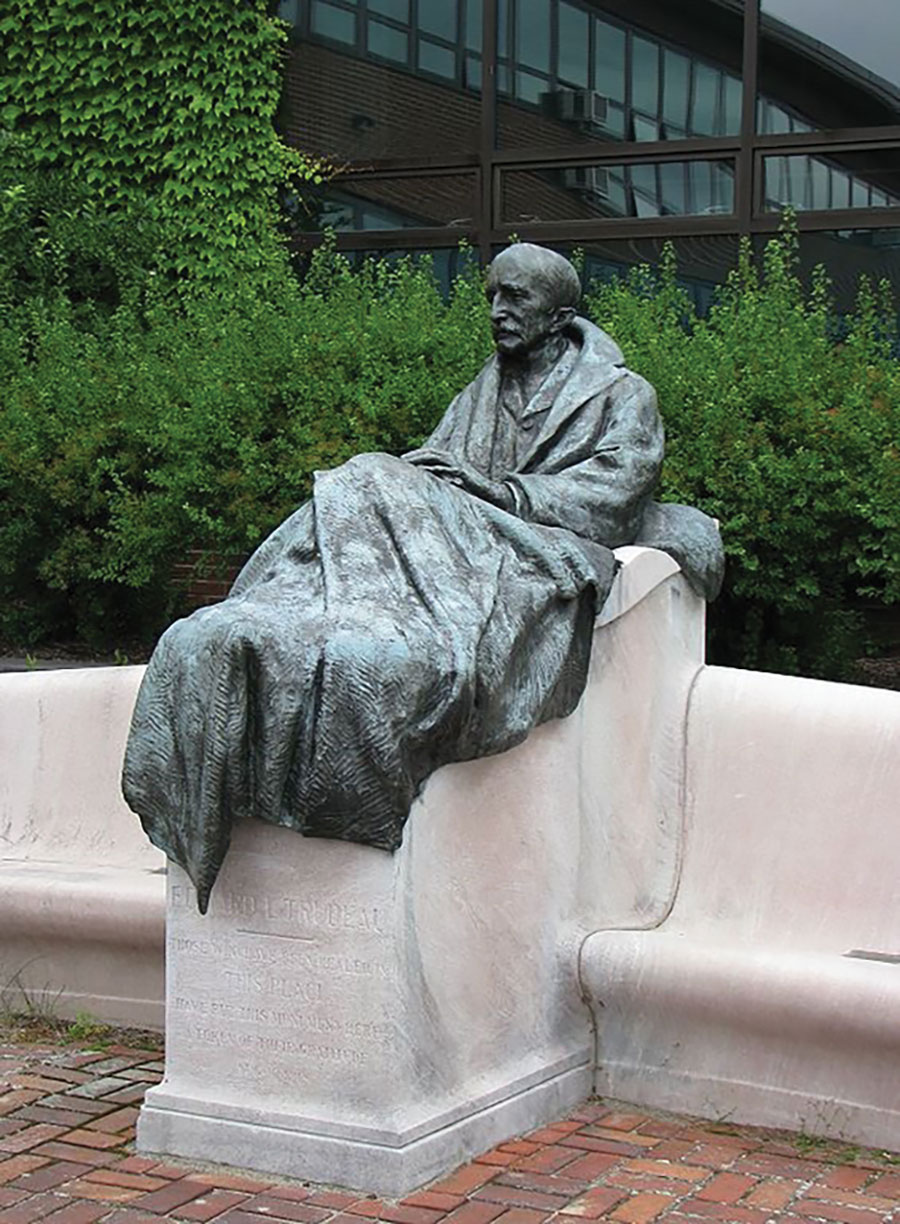 Figure 2. Gutzon Borglum. Statue of E.L. Trudeau, 1918. Bronze. From Historic Saranac Lake Wiki. Originally erected at the Adirondack Cottage Sanatorium. Moved to the Trudeau Institute, Saranac Lake, New York, 1964. The statue is a representation of E. L. Trudeau as a male tuberculosis patient with a blanket folded on his lap. In the pedestal is an inscription with a folk-saying favorite of Trudeau, “Guerir quelquefois, soulager souvent, consoler toujours” (To cure sometimes, to relieve often, to comfort always). Trudeau started the facility, which has been credited with being the first sanatorium in the United States, at Saranac Lake in 1885, at the dawn of the nation’s sanatorium movement, which peaked with over 108,000 beds in 1954. Sanatoriums remained the standard of care for tuberculosis for over half a century in the United States; after streptomycin was discovered in 1943 and antimicrobial drugs were subsequently used to treat and cure tuberculosis, sanatoriums closed or were transformed into general hospitals.

Page created: February 10, 2021
Page updated: February 22, 2021
Page reviewed: February 22, 2021
The conclusions, findings, and opinions expressed by authors contributing to this journal do not necessarily reflect the official position of the U.S. Department of Health and Human Services, the Public Health Service, the Centers for Disease Control and Prevention, or the authors' affiliated institutions. Use of trade names is for identification only and does not imply endorsement by any of the groups named above.