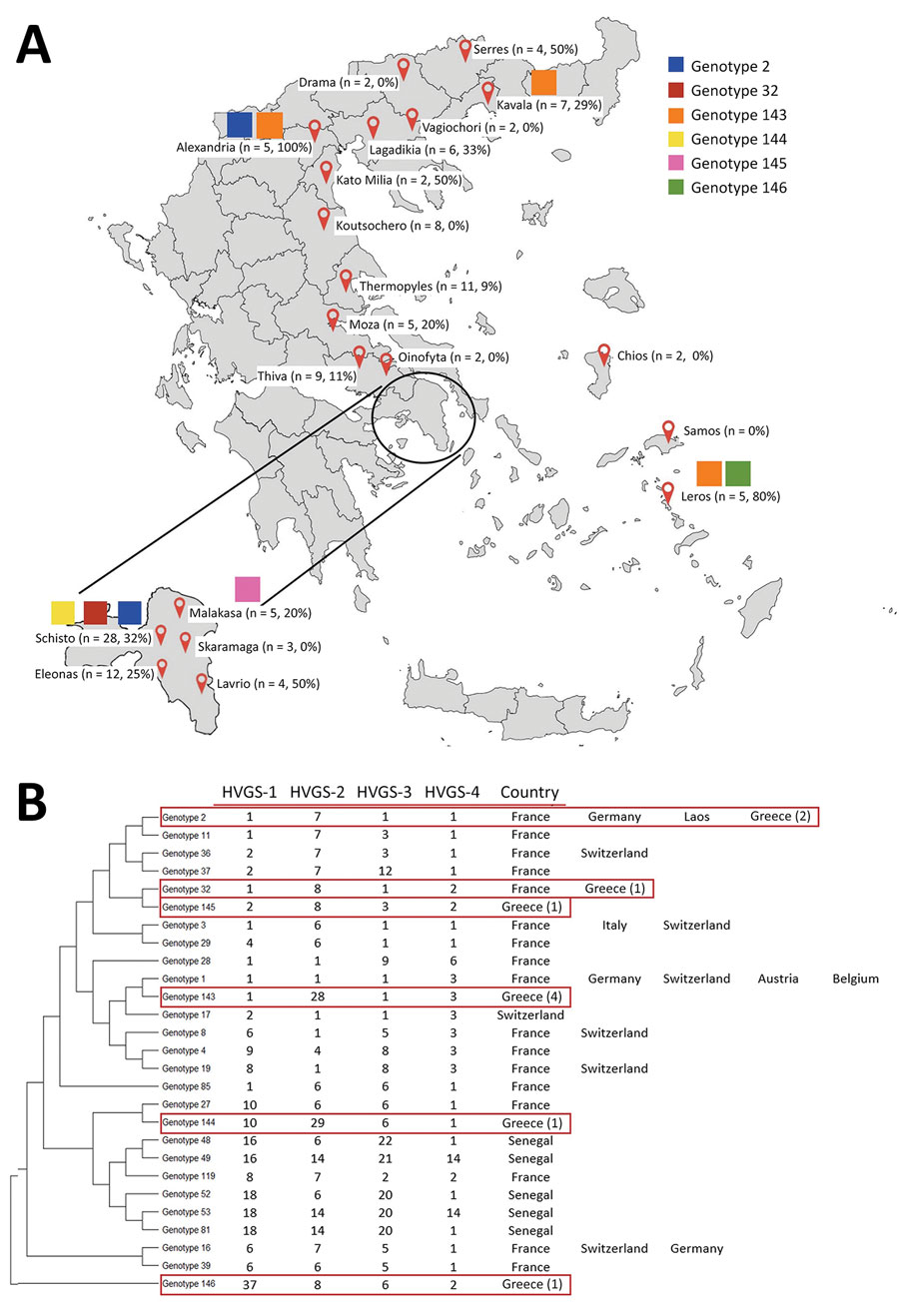 Figure. Results of stool sample tests for Tropheryma whipplei from migrant children 0–12 years of age from 20 hotspots throughout Greece. A) Defined hotspots throughout Greece, showing numbers and percentages of T. whipplei recovered from each location and distribution of different genotypes. B) Phylogenetic diversity of 6 genotypes of T. whipplei obtained from migrants (red boxes). Phylogenetic tree was constructed by using the maximum-likelihood method based on the Tamura 3-parameter substitution model. Sequences from the 4 HVGSs were concatenated. Noted next to the genotypes are the countries in which they have been previously detected. Numbers in parentheses note positive test results for children based on each genotype found in Greece. HVGS, highly variable genomic sequence.

Page created: August 16, 2022
Page updated: August 19, 2022
Page reviewed: August 19, 2022
The conclusions, findings, and opinions expressed by authors contributing to this journal do not necessarily reflect the official position of the U.S. Department of Health and Human Services, the Public Health Service, the Centers for Disease Control and Prevention, or the authors' affiliated institutions. Use of trade names is for identification only and does not imply endorsement by any of the groups named above.