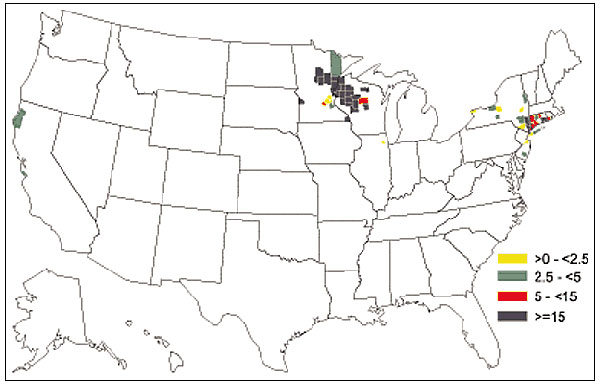 Figure 2. Average annual incidence of reported human granulocytic ehrlichiosis (HGE) by county, using 1995 population census data (29). Includes states that consider ehrlichiosis notifiable, as well as states that routinely collect information on ehrlichiosis cases. Michigan, South Carolina, and Tennessee are not included because cases of human monocytic ehrlichiosis and HGE were not distinguished by the state health departments. County-specific incidence could not be calculated for North Carolina or Pennsylvania because county of occurrence was not provided by the state health departments.