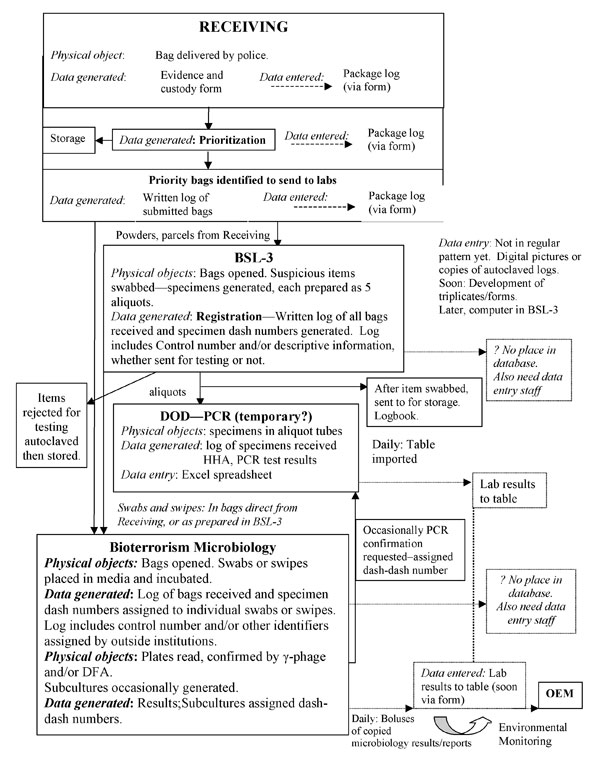 Figure 3. Depiction of the data flow at the New York City Bioterrorism Response Laboratory adopted soon after the surge of isolates after the bioterrorism attack. An access database was developed, and a number of demographic fields and test results were identified and entered. Data retrieved from the Biosafety Level 3 (BSL-3) laboratory after suspicious packages were opened had to be input into the database; the original documentation was modified if any additional information was identified. An attempt was made to monitor all transactions occurring to the sample, which began to make the system unwieldy. The database was modified numerous times and recently was entirely replaced. Most of the comments, such as “no place in database” have been corrected. PCR, polymerase chain reaction; DOD, Department of Defense; HHA, hand-held analysis; DFA, direct fluorescent-antibody assay; OEM, Office of Emergency Management.