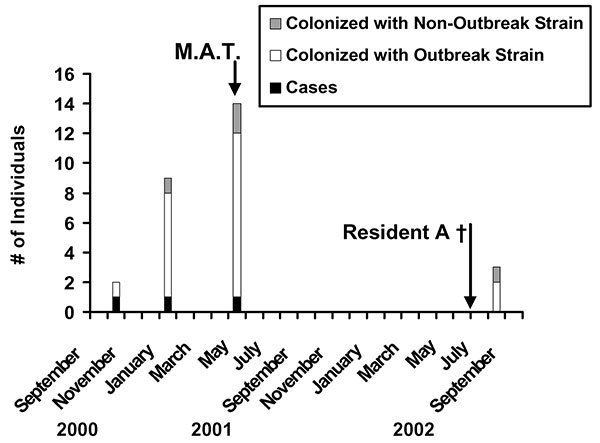 Figure 2. Epidemic curve for outbreak 1. Clinical cases (black bars) of invasive GAS infection occurred at intervals of 3 to 4 months. With the occurrence of cases, acquisition of culture specimens resulted in identification of asymptomatic colonization with the outbreak strain (white bars) or unrelated strains (hatched bars) in other residents and staff. No additional clinical cases occurred after mass antibiotic treatment (M.A.T.); resident A died (†) in July 2002; colonization of two residents with the outbreak strain was recognized 1 month later.

1Presented in part at the 12th Annual Scientific Meeting of the Society for Healthcare Epidemiology of America (SHEA), April 6–9, 2002, Salt Lake City, Utah.