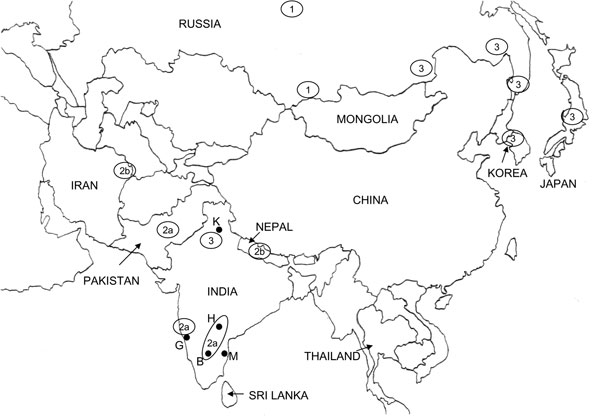 Figure 3. Map of mainland Asia. The locations from which Arctic and Arctic-like variants of the rabies virus have been recovered are shown in circles or ovals with the group designation (1, 2a, 2b, or 3) indicated in the center. Generation of this map was achieved in part by compiling data from 2 previous publications (19,21). Viral phylogroups previously designated as A and B (21) are equivalent to groups 1 and 3, respectively, in this study. B, Bangalore, G, Goa; H, Hyderabad; K, Kasauli; M, Madras.