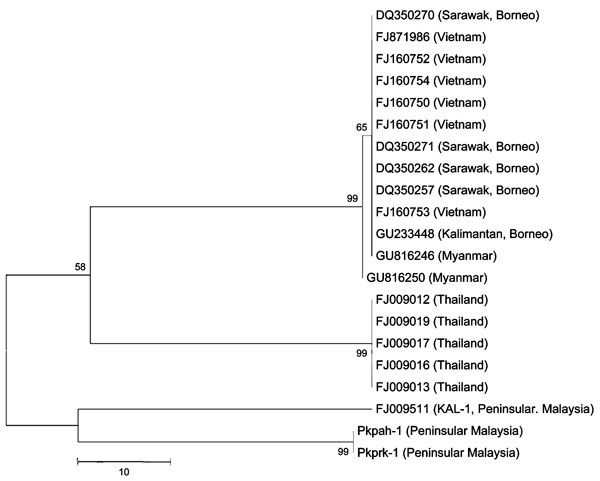 Figure. Phylogenetic trees based on nucleotide sequences of small subunit rRNA of Plasmodium knowlesi isolates from Peninsular Malaysia (Pkpah-1, Pkprk-1, KAL-1) and surrounding regions (denoted by GenBank accession nos.). The tree was constructed by using the maximum-parsimony method. The percentage of replicate trees in which the associated isolates cluster together in the bootstrap test (10,000 and 1,000 replicates, no differences were observed) is shown next to the branches. Phylogenetic analysis was conducted by using MEGA4 (6). Scale bar indicates nucleotide substitutions per site.