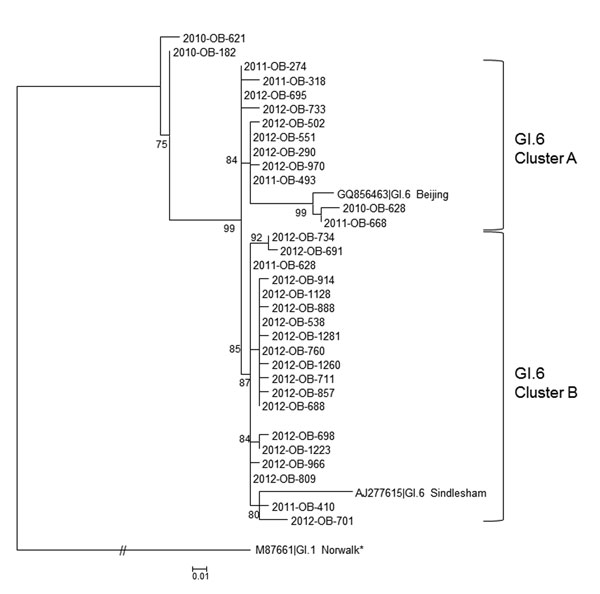 Figure 1. . Phylogenetic typing results for GI.6 noroviruses, United States, 2010–2012. Representative outbreak nucleotide sequences were genotyped by region D (5). Sequences were downloaded, trimmed, and analyzed as described (5). In brief, a 3-parameter model, TPM1, with equal frequencies and invariable sites was run in PhyML 3.0 (www.atgc-montpellier.fr/phyml/binaries.php) as determined by jModel test by using the corrected Akaike information criterion. The best of 5 random trees was used to start the analysis, and the approximate likelihood ratio test was used for branch support. GI.6 reference sequences (GenBank accession nos. GQ856463| GI.6 Beijing and AJ277615| GI.6 Sindlesham) were included. Two clusters of genetically related outbreaks (cluster A and cluster B) are marked by brackets. *The distance of GI.1 Norwalk to the nearest GI.6 cluster is 2.29 substitutions per site. Scale bar indicates nucleotide substitutions per site for the phylogenetic tree.