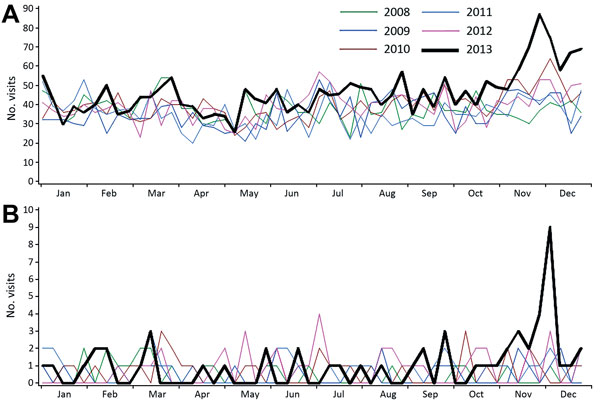 Figure 6. Total weekly counts of visits to the emergency department for fever or unspecified infection for which patients were (A) admitted to ward and (B) admitted to critical care for 2013, compared with each of the 5 previous years, children <1 year of age, for 59 hospitals in New South Wales, Australia. Source: Emergency department syndromic surveillance report produced on June 3, 2014.